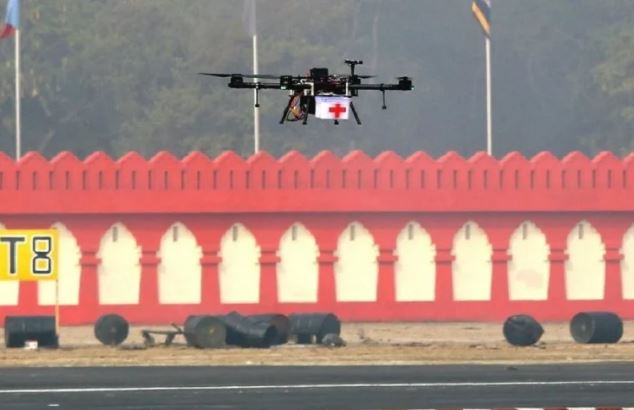 All the fields of information technology, mechanical, electronics and engineering have combined to bring revolutionary changes in internal and external security. If military officials and sources of internal security are to be believed then in the coming times, the machines will command war on the command of military officers. The robot soldier will dodge the enemy and his companion robot will destroy the enemy.

Not only this, the machine will fly and will launch a suicide attack on the enemy, leaving nothing but smoke and ashes. Sources reveal that in view of future challenges on the front of China, Pakistan, India has started developing this system rapidly, from guarding the sea border to protecting the land and sky.

When Prime Minister Narendra Modi visited America for the first time, he had invited some of them to contribute in the country, inspiring some youth related to the field of information technology. This campaign of the Prime Minister is bringing color. Harsha Kikkeri is also one of them. Harsha not only returned to India but started an ambitious project in Mysore. Sources in the Ministry of Defense point out that many IT experts like Harsha Kikkeri are working a lot in the direction of Modern Warfare.

Such a robotic system is being envisaged which will not only take up the front in the terrorism affected area, but will also contribute to the monitoring, security and military operations of the borders. Sources working on Modern Warfare say that it is getting a lot of success and in the next few years, India will become one of the countries with such effective technology. Artificial intelligence will form the bulk of our operations to combat our enemies.