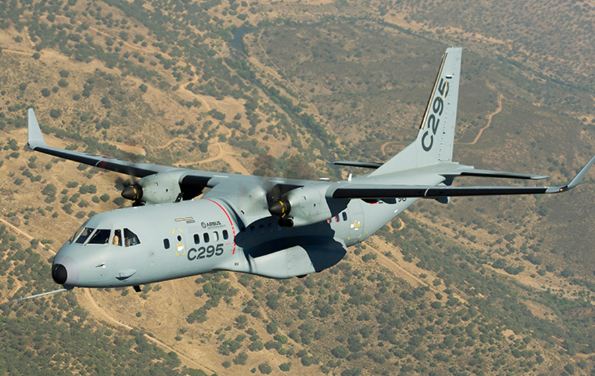 Cabinet Committee on Security (CCS) has approved the purchase of new military transport aircraft. This aircraft will be jointly made in India by Tata and Airbus. This is the first time that a contract related to military aviation has been awarded to a private company in the country. This is expected to create more than 6,000 jobs in the country in the coming years. Along with this, state-of-the-art technology of aviation will come in the country.

It is believed that this deal will be more than Rs 15,000 crore. Work is going on in the country since 2012 in the direction of 56 C295MW transport aircraft, but in February this year, the matter reached the CCS. 16 aircraft will be imported from Airbus Defense (Spain) while the rest will be manufactured at Tata’s facility in 10 years. It is believed that the Coast Guard and other agencies can also place orders for such aircraft, which is expected to increase their demand. According to sources, the C295MW aircraft made in India can be exported as it can be an economical project.

According to the Defense Ministry, this is the first project of its kind in which a private company will make military aircraft in the country. Till now this responsibility was with the government company Hindustan Aeronautics Limited (HAL). Now for the first time a private company will make military aircraft for the country. Indigenous Electronic Warfare Suite system will be installed on all 56 aircraft.

These aircraft will replace the obsolete Avro aircraft. Industry sources say there are plans to export the aircraft as well. A source said, “It is a deep make in India project in which aluminum blocks will be imported on one hand and aircraft will be produced from the fine assembly line on the other.

Apart from the Tata Group, at least three dozen sub-suppliers are also likely to receive orders. They will make parts for aircraft. This is essential for the maintenance of this fleet. The aircraft is expected to remain in service for at least 3 decades. Defense Ministry sources say that this project will accelerate the self-reliant India campaign and it will reduce our dependence on imports. The program will act as a catalyst to generate employment in the aerospace ecosystem, an official said. This will create 600 highly skilled direct jobs, 3000 indirect jobs and 3000 medium skill jobs.