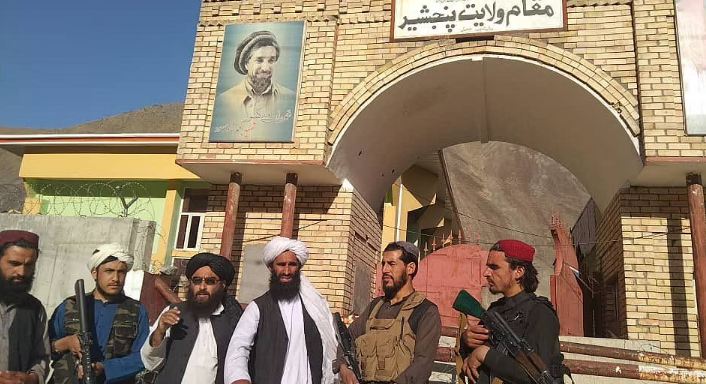 The Panjshir Valley, the last fort of the rebels in Afghanistan, is also seen collapsing. Panjshir was such a fort that even the Soviet army could not capture, it has been almost conquered by the Taliban with the help of Pakistani Air Force and ISI Chief.

To capture the Panjshir Valley, which became a question of nose for the Taliban, about 10 thousand terrorists and American weapons were unloaded. On Sunday night, the Taliban and the Pakistani army played a bloody game. Ahmed Masood suffered a major setback in this action and his spokesman Faheem Dashti and top commander General Sahib Abdul Wadud Jhor were killed.

According to Afghan media reports, the home of the country’s caretaker President Amarullah Saleh was also targeted in a Pakistani airstrike. Ahmed Masood’s National Resistance Front has said that Pakistan is providing air support to Taliban fighters in Panjshir. He has also airdropped the special forces of the Pakistan Army with the help of a parachute to fight the opposing forces of the Taliban. Not only this, Taliban fighters are firing in the air on opposing groups through captured American helicopters.

There are also reports of drone attacks in Pakistan. It is being told that after this action of Taliban and Pakistan, both Amrulla Saleh and Ahmed Masood have gone to safer places. The Taliban has now captured almost all the places in the Panjshir Valley. The Taliban have claimed that they have captured Panjshir after heavy fighting. After the capture of Panjshir, the capital Kabul has been celebrated by vigorous air firing.

It is being told that Pakistan has provided air support to the Taliban in this entire operation. On the other hand, Taliban has stopped all supplies going to Panjshir Valley. Due to this, the insurgents of Panjshir could not get supplies in time and they gradually started running short of ammunition with them. In this action, both sides have suffered heavy losses. The Taliban intensified these attacks at a time when ISI Chief General Faiz was on a visit to Kabul. General Faiz had said in a conversation with the media that everything will be fine.

Many analysts say that the Taliban government is not being formed because of the fighting in Panjshir. In fact, the rebel leader of Panjshir, Ahmed Masood, was seeking participation in power for the minority Tajik-origin people and this was not acceptable to the Taliban. There was a lot of talks between the two, but the Taliban were not ready to bow down in this. After this the Taliban launched a fierce attack on Panjshir with American weapons and Pakistani help. Now almost all of Panjshir has been captured by the Taliban.