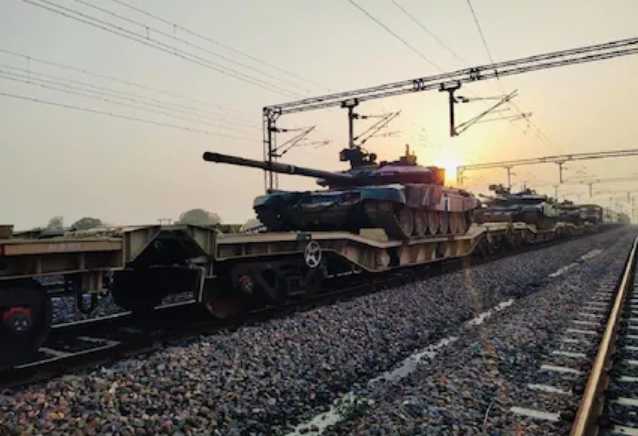 Indian Army carried out a successful trial of the Dedicated Freight Corridor developed by the Railways on Tuesday. For the trial, the army ran a military train loaded with military vehicles and equipment from New Rewari in Haryana to New Phulera in Rajasthan and proved the effectiveness of the Dedicated Freight Corridor (DFC). According to the official statement, the recently constructed dedicated freight corridor by the Railways will help in transporting goods from one place to another across the country.

Along with this, better partnership between the Army, Dedicated Freight Corridor Corporation of India Limited (DFCCIL) and Railways will also lead to a positive boost in the movement of the armed forces. These trials conducted by the army are being done nationwide, through which better coordination between the ministries and departments and full utilization of resources is to be promoted.

For this, the Indian Army will work closely with DFCCIL, Railways and other partners, which will accelerate the movement of military equipment and personnel. The Army will be greatly benefited by the development of DFC infrastructure at certain locations, the official statement said. Such infra is now being formalised.

According to the report of ANI, through the DFC trial, the operational capability of the army will increase significantly and preparations will be accelerated. This initiative will establish procedures to ensure military requirements in the development of national infrastructure at the planning stage.