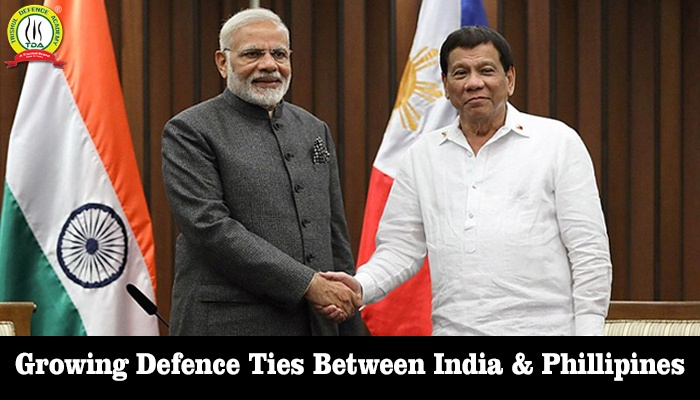 NEW DELHI: To counter growing Chinese aggression in the South China Sea, India is increasing its strategic partnership with the Philippines. Defence ties have been steadily growing between the two nations over the years. India and the Philippines have now decided to turn over a new leaf and took a giant leap in terms of defence partnership by signing a pact, which will go a long way in enabling government-to-government deals on defence equipment including the supersonic BrahMos cruise missile.

The bonhomie between Delhi and Manila is to counter China’s new coast guard law. Philippines has also staked its claim in the South China Sea region and approached the UN tribunal on the issue. The ‘Implementing Arrangement’ concerning the military training and education, capacity building, regular goodwill visits and procurement of defence equipment was signed by both nations. Indian Ambassador to the Philippines, Shambu S. Kumaran, signed the pact on behalf of New Delhi. Both sides have decided to fast track security co-operation to counter-terrorism. The agreement involves the procurement of defence equipment by the Philippines from India.