Sepoy Laxman, another son of Rajasthan, martyred while giving a befitting reply to Pakistan in Kashmir | Best Defence Coaching Skip to the content 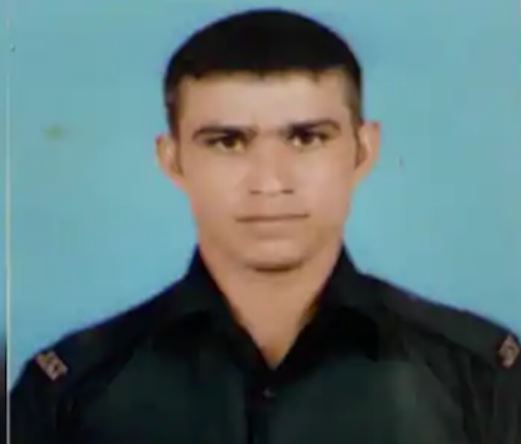 While protecting the country on the border, another son of Rajasthan has become a martyr. Lakshman, a soldier from Bilada, Jodhpur, was martyred on Wednesday night in Pakistani army firing in Jammu and Kashmir. After getting information about this in the village of Laxman, an Indian Army soldier, the atmosphere there has become turbid. There is a gathering of villagers in Laxman Jat’s house. In the same week, another ladla of Alwar in the state was killed while protecting the country on the border.

Jammu and Kashmir: Sepoy Laxman was critically injured and later succumbed to his injuries, in ceasefire violation by Pakistan along Line of Control (LoC) in Sunderbani Sector, of Rajouri yesterday. pic.twitter.com/BQ7fFOJJXo

According to the information, Sepoy Laxman, who sacrificed his life for the protection of the country, was a resident of Khejdla village of Bilada tehsil of Jodhpur. Laxman was posted at Sunderbani in Rajouri sector of Jammu and Kashmir. There, he was seriously injured while replying to Pakistan in violation of the cease-fire by Pakistan. Laxman, who was seriously injured in the firing by the Pakistani army, was taken to the army hospital where he breathed his last on Wednesday night.

The martyred Sepiy Laxman, with his fiercely brave bravery, responded by breaking the mouth of the Pakistani firing. His supreme sacrifice made for the country will always be remembered.