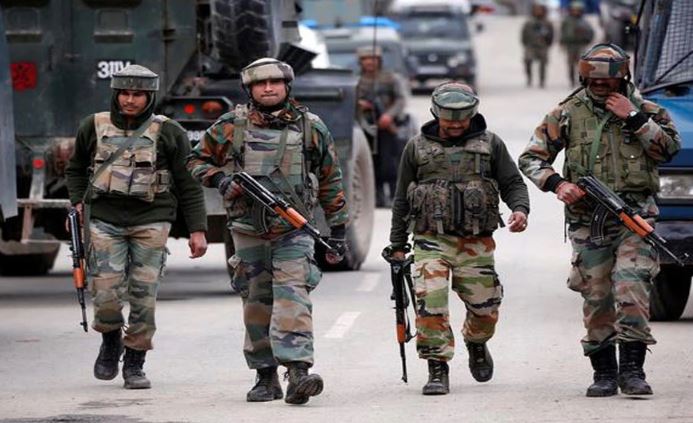 The slain terrorist has been identified as Mohammad Amin. Terrorist Amin was trained in Pakistan. Recently, Amin surrendered in front of the security forces, after which he was arrested. Amin was on police remand in connection with a terrorist incident.

Significantly, Shabbir Malik, brother of terrorist Mohammad Amin, was also a terrorist. He was associated with Zakir Musa’s organization Ghazwat-ul-Hind. In the year 2019, security forces killed terrorist Shabbir Malik in an encounter.

Know that Pakistan and its terrorists are furious with the peace prevailing in the valley. The security forces thwart the plans of the terrorists every time. On May 31, the security forces did the same thing. Security forces had recovered a huge amount of ammunition from the Ganderbal area. During the raid, a Chinese pistol, AK 47-11 magazine, 6 round pistols, round AK 47-597 and round UBGL-12 were recovered.

Meanwhile, there is also bad news from Kashmir. Municipal Councilor Rakesh Pandit Somnath was shot dead by three unidentified terrorists in Tral on Wednesday evening. Kashmir IG Vijay Kumar said the victim was immediately rushed to the hospital after the attack but her life could not be saved.