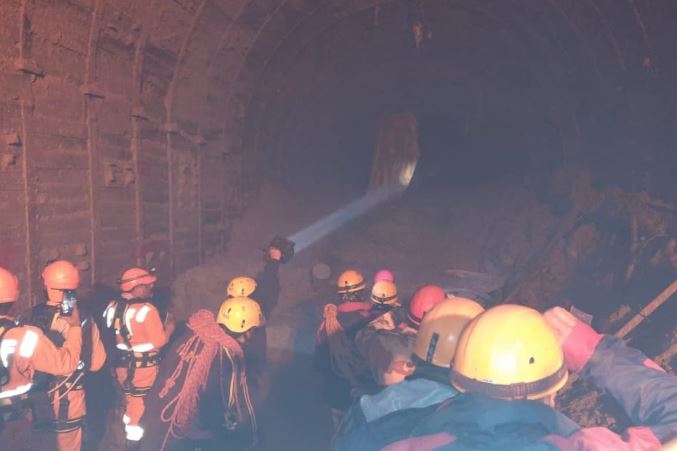 According to the latest information received from the State Emergency Operations Center, a total of 31 bodies have been recovered from different places in the disaster-hit area. While on Sunday, about 170 other people are still missing in the sudden flood in Rishiganga and Dhauliganga rivers due to millions of metric tons of snow falling from the mountain in Rishiganga valley.

Meanwhile, Chief Minister Rawat, who returned to visit the disaster-affected area, said that there is a lot of rotation inside the tunnel, due to which the speed in the campaign on Monday has slowed down on Tuesday. Despite heavy debris and difficulties in conducting rescue and relief operations in NTPC’s tunnel, more than half of its path has been cleared so far and officials hope to soon contact the stranded people. Will be able to Rawat said that relief material is being distributed in the affected areas and there is no shortage anywhere. We have sufficient resources. There is no shortage of any kind. Right now we have relief supplies, medicines, doctors, human resources and experts.

SDRF officials said that so far the bodies of 31 persons have been recovered from different places by different agencies. With this, the SDRF said on the rescue operation that their search teams are searching for dead bodies in the Alaknanda River in Rani, Tapovan, Joshimath, Ratuda, Gauchar, Karnprayag, Rudraprayag areas. While according to the Indo-Tibetan Border Police, a joint team of ITBP, NDRF, SDRF and other agencies in this operation used a drone camera to carry out rescue operations, which was cleaned inside the Tapovan tunnel so that it could be exited, but they Have not been successful yet. Apart from this, machines have been deployed to clean the slush.

Giving information in Uttarakhand about the disaster, Union Home Minister Amit Shah said on Tuesday, ‘The Uttarakhand government has said that now there is no danger of floods in the lowlands and the water level is also decreasing. Electricity supply has been restored in most areas. Apart from this, repair of five damaged bridges has also been started. According to Shah, 450 ITBP personnel, five teams of NDRF, eight teams of Indian Army, one team of Navy, 5 helicopters of Indian Air Force are engaged in the rescue operation.

While Union Minister Ramesh Pokhriyal Nishank said that till now 206 people have gone missing, out of which 31 bodies have been found and two have been identified. Our jawans are working day and night. Uttarakhand Chief Minister Rawat is constantly visiting that place. Relief is in progress.