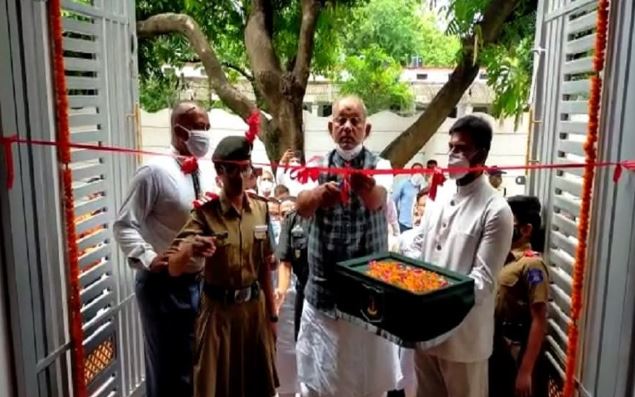 Sainik School Rewa, the only Sainik School located in Rewa of Madhya Pradesh, is now writing a new history. it has also ventured into girl’s education. Now girls are also being given admission in this school. It started from 20 July when 12 girl students were admitted in the first batch.

The gates of Rewa, the only Sainik School in Madhya Pradesh, have now opened for girl students as well. Till now only boys were allowed to enter here. This was a boys school. But now girls are also getting admission in it. For the first time in the session of the current session year 2021-22, 12 students have been given admission in Sainik School, Rewa. For this, the school management has built a girls’ hostel inside the school. It was inaugurated today by the Speaker of the State Legislative Assembly, Girish Gautam by cutting the lace.

After admission, hostel arrangements have been made for the girl students to stay inside the school. A new building has been built for this. Till now the entry of girl students in this Sainik School of Rewa was prohibited. In this new session, the government has made a new guide line. Under which now girls are being given admission.

The students out of Sainik School are selected in the Indian Army without any trouble and they adorn the big posts. The students who came out from here are in big positions all over the world. There is a long queue for admission in Sainik Vidyalaya. Due to the limited number of seats here, admission is difficult. Now after the new rule brought by the government, girls will also be able to benefit from it.