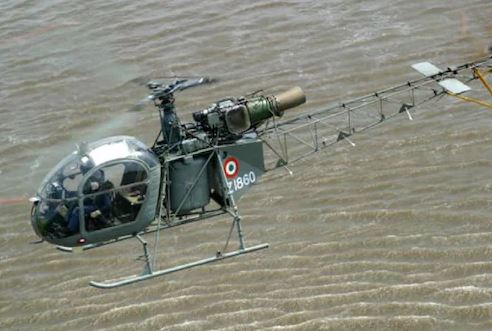 Cheetah and Chetak helicopters working in surveillance and other military operations on the border with Pakistan and China are now obsolete. In such a situation, now the armed forces are considering to demand from the government to buy Russia’s Kamov 226T helicopter. They say that these helicopters should be bought only in flying condition.

Sources in the defense sector say that it is necessary to replace the single engine Cheetah and Chetak of the 1960s and 70s, as their accident rate is high and working efficiency is affected.

According to the Times of India report, sources said that the operational service of Cheetah and Chetak helicopters on the border with China in the north and Pakistan in the Siachen Glacier region has been reduced by 50 percent. The technical service of both the helicopters will also end in 2023. Now in view of the security in the forward areas of the country, the need for Light Utility Helicopters is more.

At present, the Army, Air Force and Navy are demanding these Light Utility Helicopters for themselves. According to their demand, the number of these helicopters is 498. India had signed a deal with Russia for 200 Kamov 226T helicopters in 2015. Of these, 135 were for the Army and 65 for the Air Force.

Of these, the first 60 helicopters came to India in flyway condition. Another 140 helicopters will be jointly built in India by Hindustan Aeronautics Limited and Rostec Corp.