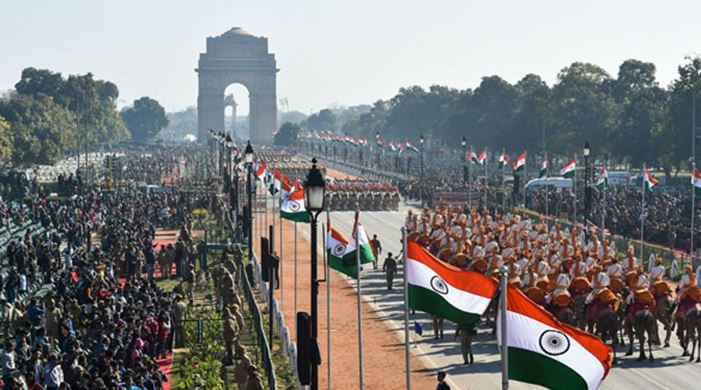 These moments made everyone proud on Rajpath. Apart from the Brahmos and Pinaka missiles, the squads of NSG commandos and paramilitary forces thrilled everyone. A glimpse of the cultural legitimacy of different states ranging from self-reliant India, Digital India was seen on the track.

Before the Republic Day parade started, PM Narendra Modi visited the National War Memorial and paid tribute to the martyred soldiers for the country. After this he reached Rajpath. There he received President Ram Nath Kovind. The flag was hoisted in the presence of President Ramnath Kovind and PM Modi and he was given a salute of 21 guns.

During the parade, the movement was stopped on certain routes. No one was allowed to move until the parade was over at Vijay Chowk. Central Secretariat, Udyog Bhavan, Patel and Lok Kalyan Marg were closed in Delhi metro stations. The route of the parade was short this year.

Every year the parade started from Rajpath to Red Fort, but this year due to Corona epidemic, the parade started from Vijay Chowk and ended by going to National Stadium. Prime Minister Narendra Modi has congratulated the countrymen on Republic Day. At the same time, President Ramnath Kovind in his address on the eve of Republic Day appreciated the contribution of the countrymen. 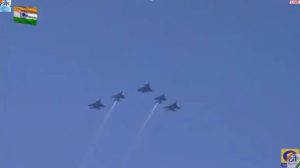 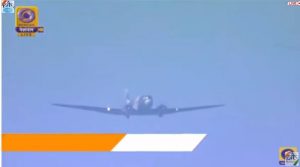 ‘Rudra’ shown on Rajpath: 2 Mi-17 IV choppers with Dakota aircraft appeared in the sky in the parade. 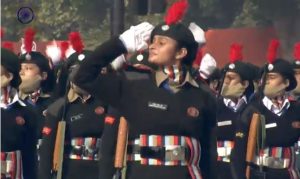 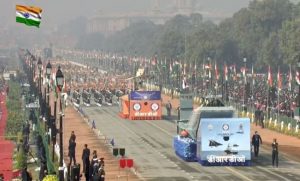 This year’s DRDO tableau is based on two themes, Light Combat Aircraft Navy, Take Off from INS Vikramaditya and Anti Tank Guided Missiles. 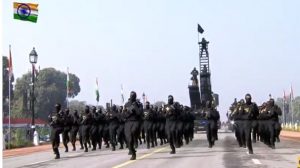 A team of National Security Guard (NSG) marched on Rajpath. The NSG was founded in 1984 and is also called the Black Cat Commandos. 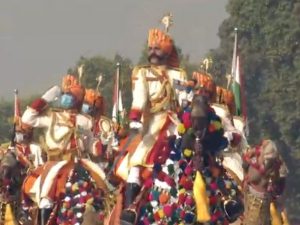 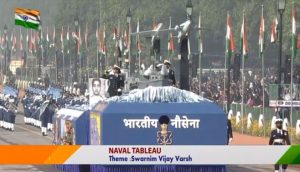 The theme of the Indian Navy tableau in the Republic Day Parade is ‘Golden Victory Year’. The tableau featured the role of Navy in the 1971 war. INS Vikrant was instrumental in this operation through Sea Hawk and Allyz Aircraft. 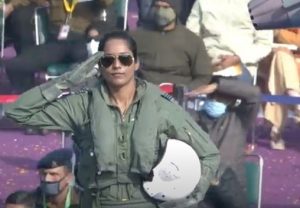 Flight Lieutenant Bhawana Kant is also included in the Indian Air Force tableau in the Republic Day Parade, she is one of the first three female fighter pilots in the country 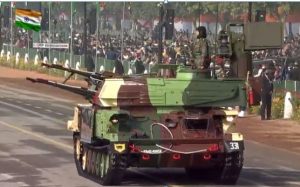 The upgraded Schilka Weapon system was demonstrated by Captain Preeti Chaudhary of 140 Air Defense Regiment (Self Propelled). She is the only woman commander of a military party to participate in this year’s Republic Day Parade. The Schilka Weapon system is equipped with modern radar and digital fire control computers. 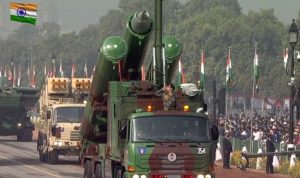 Capt. Kamrul Jaman, a mobile autonomous launcher of BrahMos missile system, took part in the parade. This missile has been jointly designed by India and Russia and has a capacity of up to 400 km. 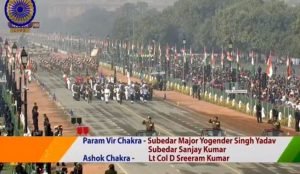 Honoured with Paramvir Chakra and Ashok Chakra paraded on Rajpath. Paramveer Chakra is given for display of valour in the time of war. The Ashoka Chakra is awarded for valour in times of peace. 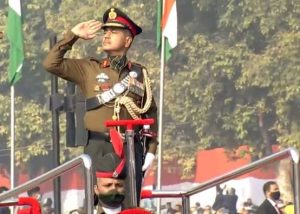 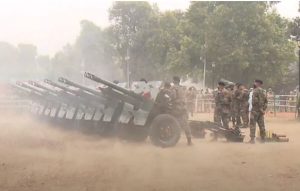 After hoisting the tricolour, the Ceremonial Battery of the 223 Field Regiment saluted him with 21 guns. 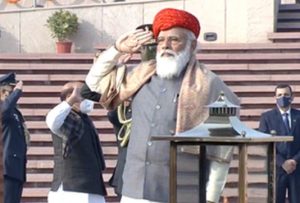 The Tricolor flag was unfurled at Delhi’s Rajpath in presence of President Ram Nath Kovind, Prime Minister Narendra Modi and other dignitaries including Vice-President Venkaiah Naidu and Defense Minister Rajnath Singh on the occasion of 72nd Republic Day on Tuesday.