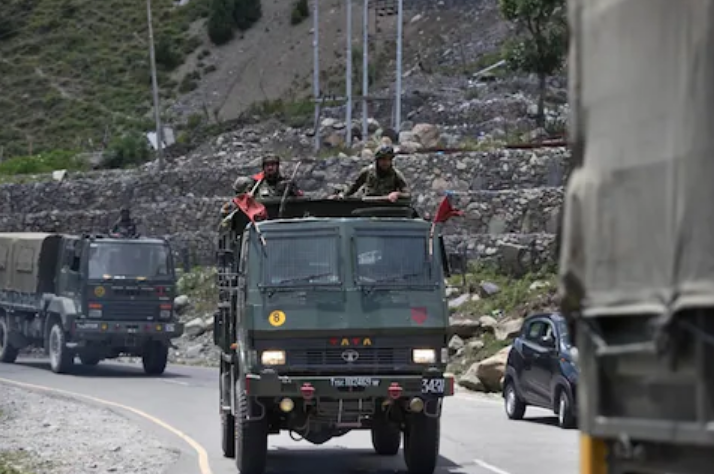 The India-China Border Dispute, which has been going on between India and China for almost a year and a half, does not seem to stop yet. Now Bloomberg’s report has claimed that India has deployed about 50 thousand soldiers (50 Thousand Troops) in the areas adjacent to the Chinese border. This is being seen as India’s very tough stand against the dragon.

Quoting four people closely monitoring the matter, the Bloomberg report said that India has made this deployment during the last few months. These include the deployment of fighter jets in addition to soldiers. According to the information, at present, there is a deployment of more than 2 lakh soldiers on the Chinese border, which is 40 percent more than last year. However, it has also been said in the report that there has been no response from the Prime Minister’s Office and the spokesperson of the army on this news.

It is being said that till then the presence of the Indian Army in the area was intended to stop China, but now Indian commanders will also have the option of attacking and occupying Chinese territory if needed. This is called ‘offensive-defensive’ in the parlance of military strategy.

According to the report, till now it is not clear how many soldiers have been deployed by China on its side. But China is continuously displaying an aggressive role on the border. Since the Galvan Valley incident last year, China has been given a befitting reply to every move towards India. India had taken a very strict stand after the martyrdom of its soldiers. Indian External Affairs Minister S. Jaishankar had also said that relations between the two countries cannot remain normal with unrest on the borders.