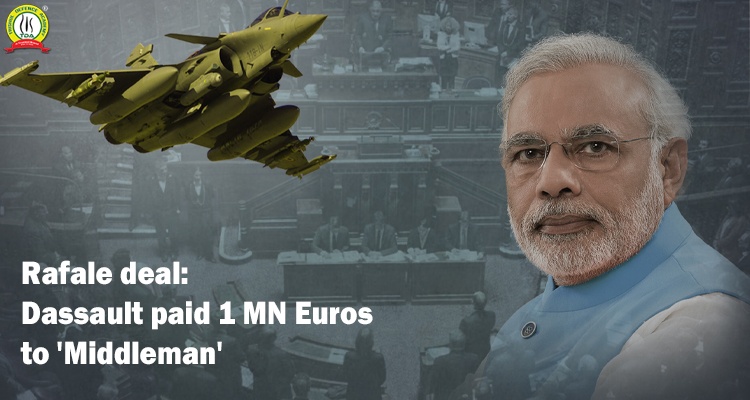 NEW DELHI: During the Rafale negotiations, a middleman made millions by leaking sensitive defence ministry information. According to the third and final part of the French news portal Mediapart’s investigation into the Rafale jets contract, businessman Sushen Gupta and his intermediaries obtained “several million Euros” from Dassault and its affiliates.

As a result, Gupta and his proxies “leaked classified material,” including crucial documents from the Indian defence ministry about the Indian negotiating team’s positions and claims that it was likely to make during the talks.

Sushen Gupta worked as a middleman for Dassault Aviation and its industrial partner Thales for many years beginning in the early 2000s, according to documents obtained by the French media portal. Thales is a defence-electronics firm headquartered in Paris, with Dassault and the French government as shareholders.

Thales “paid Sushen Gupta several million Euros in hidden commissions to offshore accounts and shell firms, using inflated invoices for software consulting,” according to the Mediapart article. Sushen Gupta comes from a family of defence contractors, and he was reportedly employed by the French side in the early 2000s when news of India’s desire to purchase 126 Medium Multi-Role Combat Aircraft (MMRCA) first broke. His contract appeared to last until the final agreement between India and France was signed. Sushen Gupta is also accused of money laundering in the VVIP Chopper Contract, a contentious defence deal that has since been scrapped.

HOW DID HE CONDUCT HIS BUSINESS? Gupta is accused of operating across a network of businesses, including IDS in India and Interstellar in Mauritius, as well as accounts in Singapore, the United Arab Emirates, Liechtenstein, and Switzerland.

During the AgustaWestland Chopper contract, a similar network of companies was used. Sushen Gupta was arrested in connection with the case but was later released on bail. According to the paper, a Dassault employee named ‘Pierre’ was in charge of disbursing commissions through front companies registered in Mauritius.