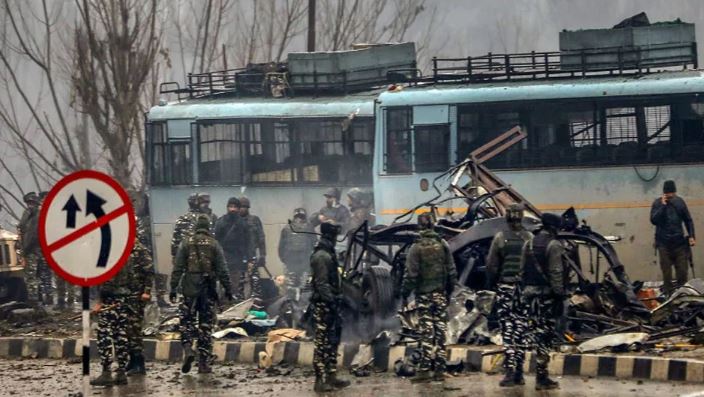 Tomorrow will be the second anniversary of the Pulwama Terror Attack on the CRPF convoy in Pulwama, Kashmir. 40 CRPF personnel were martyred in this attack carried out by Pakistani terrorists. After this, India took such revenge that till today, the spirit of Pakistan is shaken by remembering it.

Pulwama Terror Attack took place on 14 February 2019 when a convoy of 78 vehicles was going from Jammu to Srinagar with 2500 soldiers. The convoy was passing through National Highway 44 at Lethipora near Avantipora. Around 3.30 pm, an SUV filled with a 350 kg explosion rammed into the convoy and caused a severe explosion. The bus with which the SUV collided flew away.

On that day, Valentine’s Day was being celebrated in the country on 14 February 2019. Then the whole country was shocked with this news. 40 CRPF personnel were martyred in this terrorist attack. The whole country was boiled over by this cowardly action of Pakistan-backed terrorist organization Jaish-e-Mohammed. Demonstrations were held in many places to protest against this suicide attack. Leaders of all political parties and members of civil society condemned the attack.