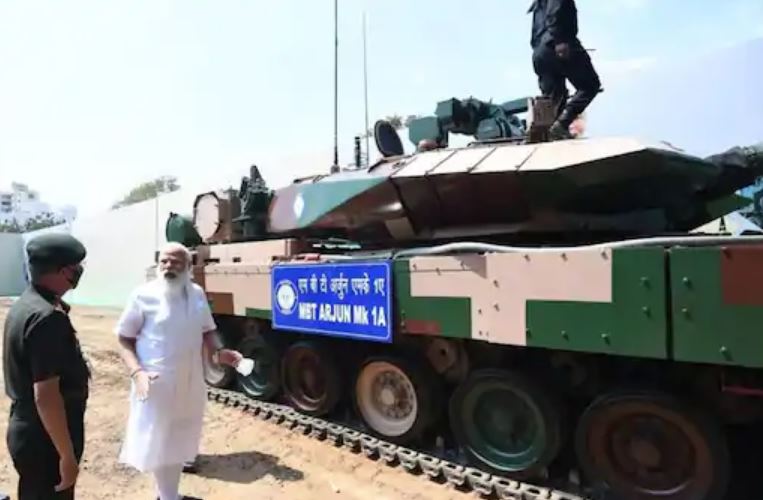 Prime Minister Narendra Modi visited Tamil Nadu on 14 February 2021. During this time, Prime Minister Modi has assigned the Arjun Tank to the army in Chennai. He was handed over to the army by the Arjun Mark 1A tank. This tank is fully indigenous equipped with state-of-the-art capability.

DRDO has built and developed this tank completely and it is going to meet every need of the Indian Army. The Arjun tank has been designed in the DRDO Combat Weeks Research and Development Establishment.

This tank is built entirely in India. These 118 tanks will be included in the first batch of the army. After the inclusion of Arjun Tank in the army, another regiment will be formed. Earlier, the regiment was formed after 124 tanks were inducted into the army. Now the number of six tanks has been reduced to form the regiment. The Ministry of Defense has approved the inclusion of all 118 Arjun tanks in the army.

The Mark 1A version has been prepared with 71 major updates in the Arjun tank. This tank is much more powerful than ordinary Arjun tank and it can also chase targets rapidly.

It has high-quality running gear which limits heavy shocks during the blast. This is the Hunter Killer, that is, he can find and aim and attack.

Special sensors have been installed in the Arjun Mark 1A tank which can protect it from chemical attack. The grenade and missile attack on this tank is not affected.