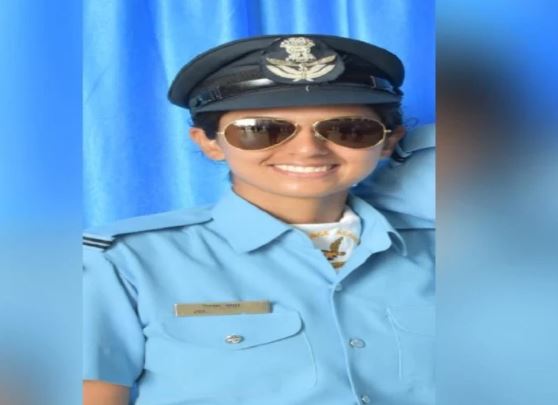 Prerna Gupta, the daughter of Shimla, the capital of Himachal Pradesh, has become a flying officer in the Indian Air Force. Prerna Gupta has recently been appointed as the Flying Officer at the passing out parade ceremony with 161 officers at the Dundigal Air Force Training Center near Hyderabad under the chairmanship of Air Chief Marshal RS Bhadauria.

Prerna Gupta got selected in the Indian Air Force last year after clearing AFCAT (Air Force Common Admission Test) and SSB exam in her first attempt. Completed his training at the academy on 19 June 2021. Prerna Gupta told that she completed her schooling from Shimla’s Loreto Convent School, Shimla.

She graduated from University of Delhi and did Master’s degree in Psychology from Annamalai University. Prerna’s father has retired from the revenue department of the state as Naib Tehsildar and mother is a central government employee.

Prerna Gupta attributes her success to hard work, dedication and support from her parents, teachers, especially her brother. Her brother is working as a software engineer in a multinational company.