Prepare for army recruitment a year ago, you will be successful : Brigadier Rahul Bhatnagar | Best Defence Coaching Skip to the content 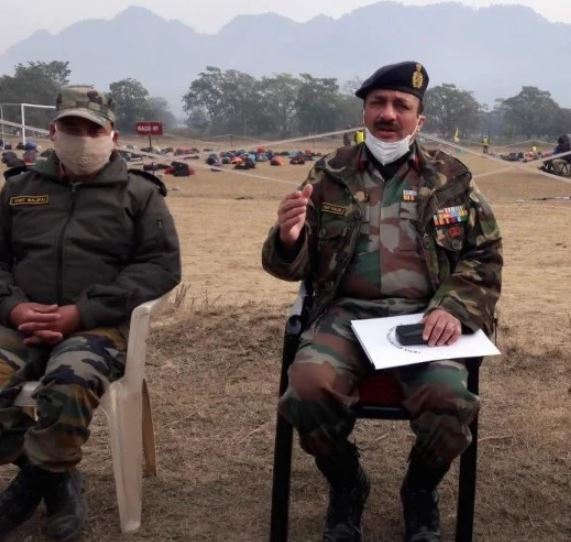 The youngsters of Uttarakhand are considered good for the army due to their passion and passion for defence of the country. The youngsters start preparing a few days before the recruitment, which is why they remain in the race.

Youngsters can definitely succeed if they prepare for recruitment a year in advance. He said that recruitment will be held in Ranikhet for Kumaon from 15 February. These things were told by Brigadier Rahul Bhatnagar and Deputy Director-General ZRO Lucknow (Uttar Pradesh-Uttarakhand) in the press conference.

Brigadier Rahul Bhatnagar, who arrived at the army recruitment rally held at Victoria Cross Gabbar Singh Camp in Kotdwar, said in a press conference that due to corona, there were no recruits since last month. Due to the infection, other offices of the country also raised their hands-on recruitment.

In such a situation, Colonel Vineet Bajpayee, an officer of Army Recruitment Office Lansdowne, has set an example by taking the initiative of recruitment. After the corona with the help of district administration and related departments, a recruitment rally is being organized in Kotdwar across the country.

Now preparations are being made for recruitment rally in other states of the country. Said that the recruitment process in the Army is done with complete transparency. He appealed to the youth not to get into any fraud for recruitment.