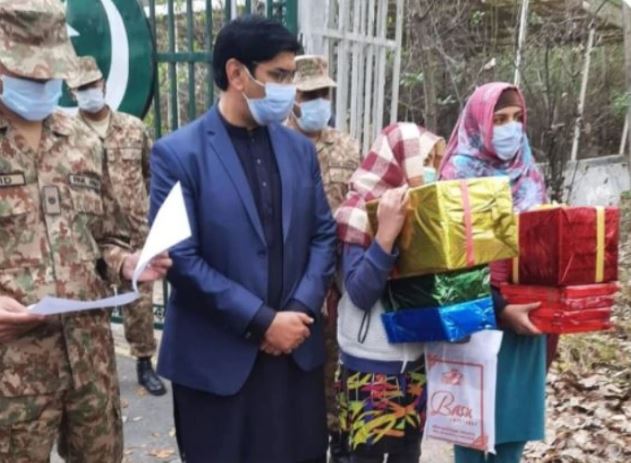 The Indian Army has once again set an example for humanity. In fact, two sisters of Pakistan-occupied Kashmir (PoK) accidentally crossed the border into Poonch district of Jammu and Kashmir on Sunday and sent them back with gifts and sweets from the army camp. Army officials said that they both accidentally crossed the Line of Control and reached Poonch district of Jammu and Kashmir.

According to the Indian Army, Laba Jabair (17) and his sister Sana Jabair (13) were spotted by Indian soldiers wandering across the Line of Control on Sunday and took them into custody. During interrogation, it was found that both of them are from Kahuta in Pakistan-occupied Kashmir. She accidentally crossed the border and reached here.

A defense spokesman said, “Two girls from Abbaspur of PoK forward Kahu in Poonch had wandered into Indian territory. He was repatriated today from Chakan Da Bagh (CDB) Seema Chouki. “He said that the two sisters were handed over at the CDB outpost in the presence of civil and military officials of Pakistan.” As a gesture of goodwill, the Indian Army provided them gifts and sweets.