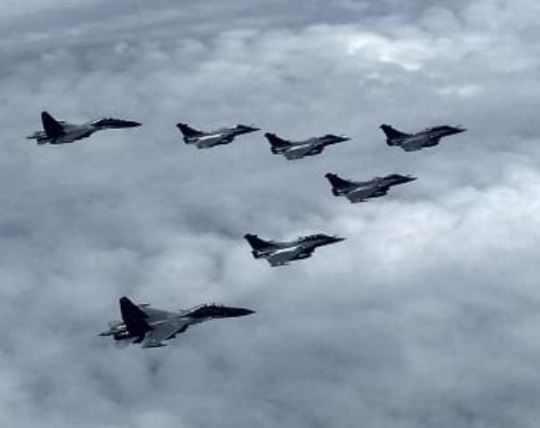 Taking off from France, Rafale landed at Air Force Station in Ambala, India on 29 July 2020. Five Rafale fighter ships had reached India under the leadership of Group Captain Harkirat Singh (who has now been transferred from Ambala airbase).

These fighter ships were given water cannon salute at the Air Force Station of Ambala Cantt. The 17 Squadron Golden Arrows established at Ambala was set up for special Rafale aircraft. Along with this, a team from France was also present in Ambala for training of Rafale etc. Five Rafale led by two Sukhoi aircraft had landed at Ambala airbase during a flight of about 7000 km from France.

Pilots of Rafale’s second squadron 101 Falcon of Chamb and Akhnoor were also trained at Ambala. This squadron is stationed at Hashimara airbase in Bengal. Now Group Captain Rohit Kataria is the Commanding Officer in Ambala.

This squadron has a proud history. It was established on 1 October 1951. The squadron was operating MiG-21 aircraft before its disbandment in 2016. The contribution of this squadron cannot be forgotten even in the Kargil war in the year 1999. Ajay Ahuja, the leader of this squadron, was awarded the Vir Chakra after his martyrdom.