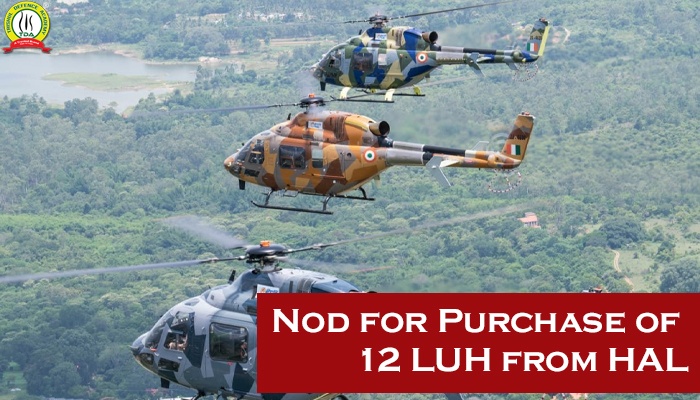 These indigenous light utility helicopters (LUH) have already proved their mettle and demonstrated their capability of operating in all kinds of environments and high altitude operations, including at the Daulat Beg Oldie (DBO) airstrip on the China border. With an eye on China and Pakistan, a light utility helicopter (LUH) will be a shot in the arm of the Indian Armed Forces.

HAL Chairman R Madhavan during a free-wheeling chat said that they have received the order for 12 light utility helicopters (LUH), six each for the army and air force, and work has started to produce the aircraft. “The LoA has been received and we plan to deliver the first helicopter by next year. The production facility at Tumkur is ready and we will manufacture the choppers there,” he said. The LUH order is a boost for the Make in India initiative, given that the chopper has been fully designed and developed in-house by HAL, borrowing from the expertise gained by older platforms like the Advanced Light Helicopter.