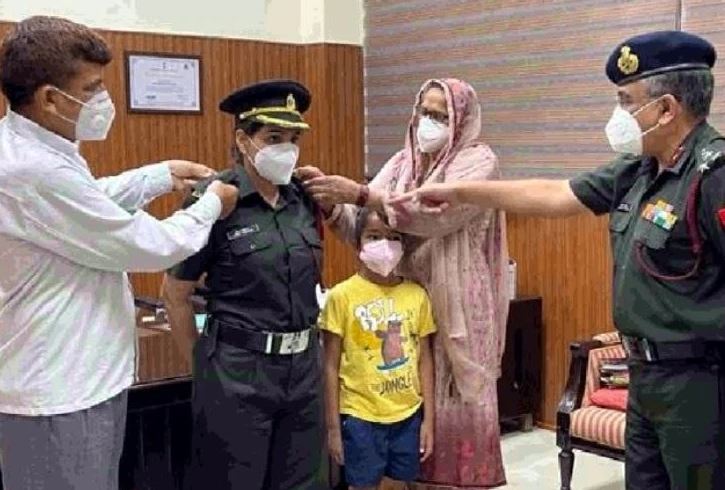 Nisha Sheoran, a resident of Mohanbari in Charkhi Dadri district of Haryana, has become a captain in the army. In the rank ceremony, mother-in-law Roshni Devi and father-in-law retired sub-inspector Baljit Singh put stars on Nisha’s shoulder.  Her husband, other family members and villagers expressed happiness over Nisha’s achievement.

Nisha’s father-in-law Baljit Singh is a retired sub-inspector from Haryana Police. He said that Nisha has proved that despite having family responsibilities on her shoulders, girls and women can make their presence felt in any field with their knowledge and wisdom.

He told that on May 28, at Delhi Base Hospital, on May 28, Nisha attained the rank of Captain in the Army Medical Corps. Nisha’s mother-in-law Roshni Devi was also present in the rank ceremony.

Captain Nisha Sheoran also has a daughter Bhumika. After having a daughter, she did MBBS and also worked as a doctor in many hospitals. Captain Nisha says that when there is enthusiasm in the heart and in-laws like parents-in-law and father-in-law and a husband who supports in every happiness and sorrow, then every achievement can be achieved.