Around 45,906 acres of defence land, under the management of different services and organisations, is presently lying vacant, the government said in Lok Sabha on Monday. Minister of State for Defence Ajay Bhatt, replying to a question, said service headquarters have informed that the available land under their management is used for bonafide military purposes only and for strategic operational and security needs.

To a separate written question on the number of accidents or mishaps that have taken place inside the properties owned by the Indian Navy and Indian Air Force since 2010, Bhatt declined to provide the details.

“The information sought is sensitive in nature and cannot be divulged on the floor of the House in the interest of the national security,” he said.

On the question on defence land, he said: “Approximately 45,906 acres of defence land under the management of different services and organisations of the ministry of defence is presently lying vacant.”

“Post corporatisation of Ordnance Factory Board, surplus land of approximately 3152 acres located at 16 ordnance factories have been identified,” he said.

To another question, Bhatt said the percentage of total capital acquisition of military hardware from foreign countries has been progressively decreasing since 2018-19. 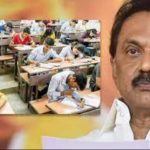 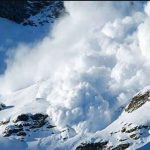