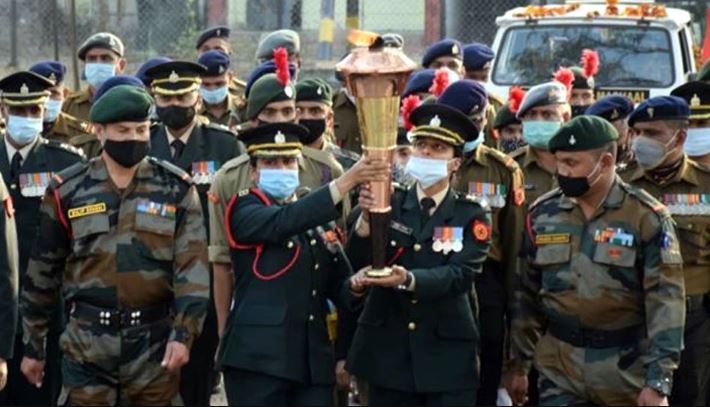 The Golden Victory Torch, symbol of India’s victory over Pakistan in the 1971 war, has reached the Signal Corps Headquarters of the Indian Army located in Nainital, Uttarakhand. Today it was kept for public observation. Army bands performed on the occasion.

Let us tell you that on 16 December last year, Prime Minister Narendra Modi had dispatched four victory torches to different parts of the country from the National War Memorial in Delhi. India celebrates Victory Day on 16 December every year to commemorate the victory over Pakistan in the 1971 war.

Due to the valor of the Indian Army in this war, a new country came into existence as Bangladesh. Signal Corps personnel and DSC College NCC cadets gave a grand welcome to Vijay Mashal.