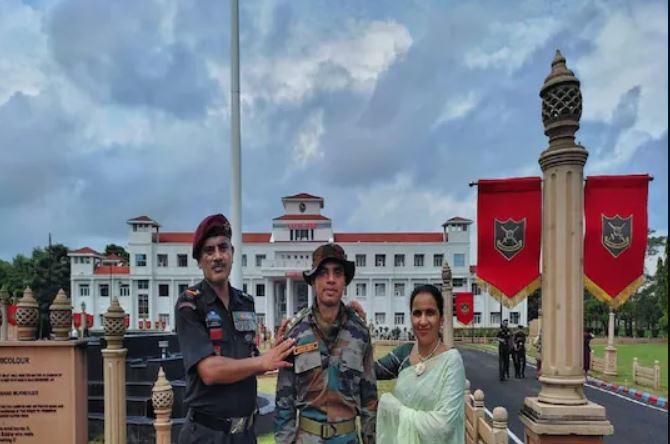 Inspired by his father’s inspiration and the spirit of patriotism, 25-year-old Munish of village Kirdhan left the job of a constable in Haryana Police to serve the country. Munish will now serve as a lieutenant in the Indian Army. Due to the selection as an officer in the Indian Army, there is an atmosphere of celebration in the village along with the family. The house of the congratulators is full.

He did his early education at Army Public School, Nahan, Himachal Pradesh. After this, he got admission in Ajmer’s Military School in class 5th and got education till class 12th. Participated prominently in class as well as in NCC. After this he passed B.Sc (PCM) from FGM College, Adampur.

Munish told that his only aim was to make his father’s dream come true. For this, he started studying for 12 to 14 hours a day. In 2017, Haryana Police got selected as a constable. Along with the police duty, he also continued his self-study. Munish told that his duty was in the cyber cell branch of Haryana Police Head Quarter Panchkula. During the duty, his colleagues and officers got his full cooperation.

Munish told that after passing the written examination in February 2020, after qualifying the interview of the Service Selection Board, on 7 January 2021, joined the Officer Training Academy, Chennai. During training, Munish topped the country on the basis of various parameters and secured third position in officer training. On this achievement, Vice Chief of Army Staff Lt Gen CP Mohanty honored him with medals and stars.

By the way, the family is devoted to the Indian Army. But the position that Munish has achieved, no one in the family has achieved so far. On returning home after achieving success, Munish’s grandfather Chhabil Das Rahad warmly welcomed his grandson. After this achievement, people of the village and relatives are coming home and congratulating Munish’s grandparents as well as father Subedar Major Krishna Kumar, mother Manoj Kumari. Munish left the job of constable to serve the country, now he will be a lieutenant in the Indian Army. 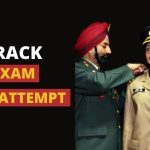 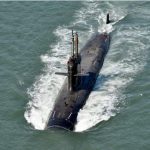