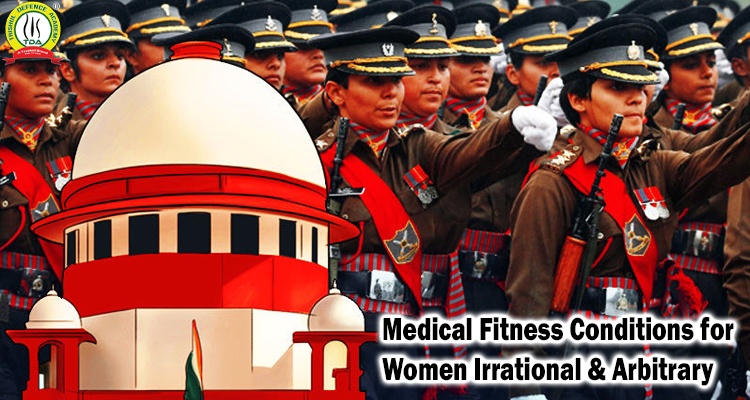 NEW DELHI: The Apex Court while hearing a petition over non-implementation of its earlier order to grant permanent commission to women has ruled that the medical fitness conditions for ‘fair sex’ (women)  to get Permanent Commission in the Indian Army is completely illogical and absurd. The Supreme Court also stated that women officers should be considered for permanent commission (PC). However, the move may be subject to disciplinary and vigilance clearance.

“We allow these petitions with a number of directions. Officers will be considered for permanent commission subject to disciplinary and vigilance clearance,” the bench headed by Justice Dr DY Chandrachud reportedly said. “This shall continue and they shall avail all benefits,” it further said, while disposing of the writ petition.

The ruling came in the backdrop of several batches of petitions filed by women officers for permanent commission in the Indian Army and Navy. The petitions also sought contempt proceedings against those who had allegedly failed to comply with SC’s earlier judgment.

“We must recognize here, that the structures of our society have been created by males for males. Therefore, certain structures which may appear to be facially harmless are an indication of the insidious patriarchal system. A facially equal application of laws to unequal parties is a farce when the law is structured to cater to a male standpoint. The superficial face of Equality does not stand true to the principles enshrined in the Constitution”, the Supreme Court ruled in the 137-page judgment.