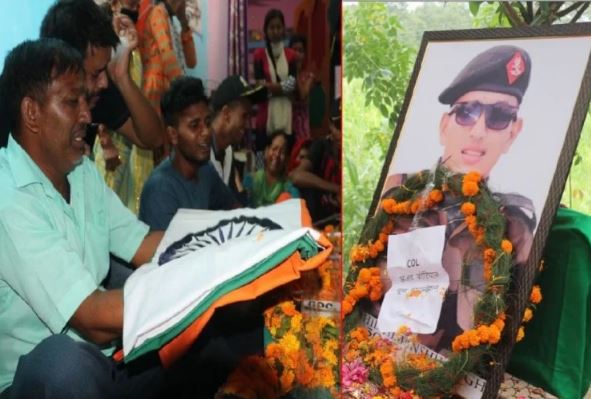 The mortal body of martyr Himanshu Negi from East Sikkim reached his home in an army ambulance after a long wait of 68 hours. As soon as the dead body arrived, a crowd of people gathered for the last glimpse of the martyr. Administrative officers and ex-servicemen paid heartfelt tributes by laying flowers on the mortal remains of the martyr. The last rites of the martyr were performed in Ramnagar.

Himanshu Negi, a resident of Pandey Colony of Hempur Depot in Kashipur, Uttarakhand, was appointed on 27 March 2019 as a constable in the Seven Kumaon Regiment. Presently he was posted at Binaguri Post in West Bengal. Himanshu returned to the unit on June 2 after completing 45 days of leave. 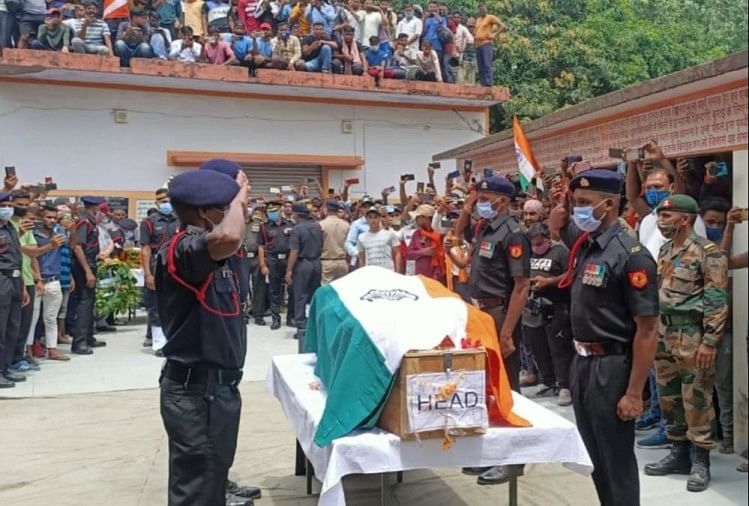 At 11 am on June 30, the family received the news of Himanshu’s martyrdom, which caused mourning in the family and in Pandey Colony. The family and friends of Himanshu were waiting for three days for his dead body to reach home with stony eyes.

On Saturday, around 7.30 am, Subedar Jagat Singh, Havildar Mahendra Sagar and Havildar Ganesh Chaudhary reached Pandey Colony with the body of martyr Himanshu from an ambulance.