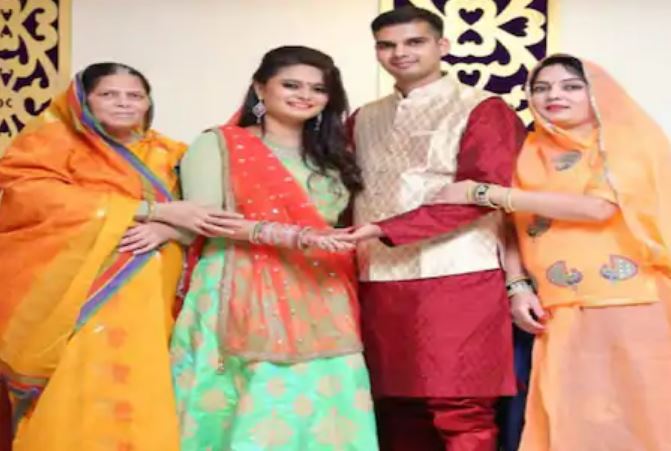 This story is about the brave wife of a brave martyr. Karuna Singh Chauhan is going to become an officer in the Indian Army. She is the wife of martyr Ratlam’s son Dharmendra Singh Chauhan in the fire accident of INS Vikrmaditya, a naval warship last year. Dharmendra was martyred 40 days after the wedding. After his martyrdom, Karuna also pledged to serve the country. She has been selected for the Indian Army after hard work and dedication. Now she is going to Chennai for training.

Karuna, a resident of Agra, was married to Dharmendra Singh Chauhan of Ratlam on 10 March 2019 last year. Dharmendra was a lieutenant commandant in the Indian Navy and was stationed on the warship INS Vikramaditya near Karwar in Bangalore.

Karuna was able to stay with her husband for only 40 days. After that, Dharmendra returned to his duty but as soon as he joined duty, in April, a compartment of warship INS Vikramaditya caught fire. Lieutenant Commandant Dharmendra Singh Chauhan died while overcoming him. But before being martyred, he had saved the lives of many of his comrades posted on the warship.

The wife of a soldier is always courageous. After the martyrdom of her husband, Karuna did not lose any courage. Remembering the moments she spent with her husband for 40 days, she vowed that she will fulfil her husband’s dream. Karuna is an assistant professor by profession. But she pledged to leave this profession and join the army. With great courage and passion, she took one step and prepared to go to the army. Stayed in Indore and prepared for SSB interview. And she was chosen.

Karuna was selected for the Army Officers Training Academy in Chennai. After 11 months of training there, Lieutenant will become a part of the army. The courage of compassion is strong and for this, she credits her martyr husband Dharmendra Singh Chauhan and the whole family.