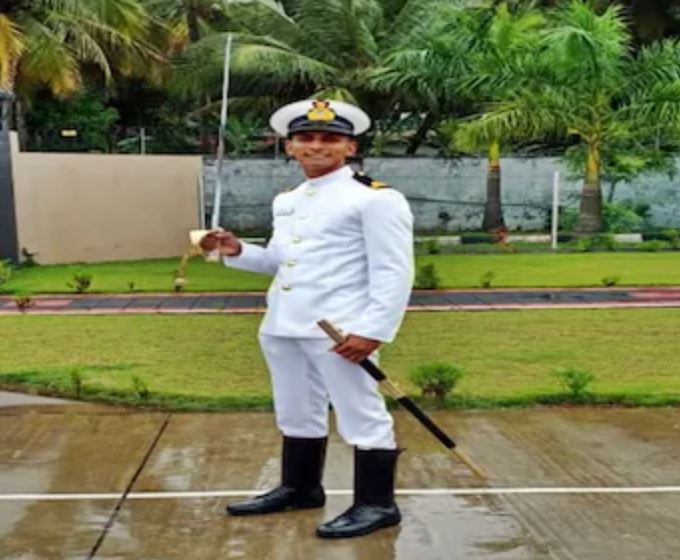 After four years of rigorous training, he became a lieutenant in the huge Indian Navy at Nalyana village in the passing out parade from the Indian Naval Academy Ezhimala in Kerala on Saturday. No family member could attend the passing out parade on Saturday due to Kovid infection. Talking about Vishal’s schooling, he has studied up to 10th from Government High School Nalayana and 11th and 12th from Senior Secondary School Tehra. Vishal has been a promising student since the beginning.

Even during training in the academy, Vishal has had the best performance in studies and sports. Vishal has given the credit of his success to his father Shri Pratap Rana, mother Tara Devi, his mentors Shri Parja Ram, Shri Virender Singh, his elder brother Rakesh Rana, Kaviraj Rana, and NCC officer Ranvir Singh Rana posted in Sainik School Kapurthala.