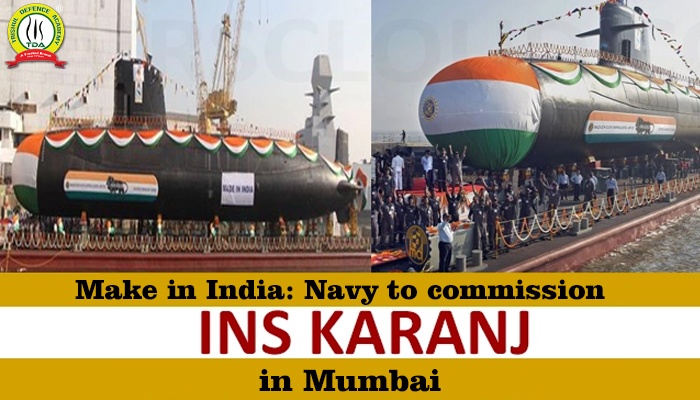 MUMBAI: Hailing the spirit of ‘Make in India’, preparations are going on in full swing for the commissioning of Indian Naval Ship (INS) Karanj on Wednesday in Mumbai. It is among the third of the six Kalvari-class diesel-electric submarines to commence functioning in the navy from the year 2017. The Navy has inducted two submarines of the same class, the INS Kalvari and INS Khanderi from Mazagaon Docks Limited (MDL’s) where the INS Karanj was also built.

Commenting on the development an official of the Indian Navy said, “Karanj is the manifestation of Make in India initiative. Submarine Karanj has completed rigorous sea and harbour tests and is fitted with all the armaments. The cutting-edge tech utilized in Scorpene-class has equipped the submarine with improved stealth features like state-of-the-art acoustic silencing techniques, low radiated noise levels, and the ability to launch crippling attacks with precision-guided weapons on board. The attacks can be launched with torpedoes and anti-ship missiles, while underwater or on the surface. The stealth features give it an edge over its counterparts, while it is also designed to operate in all theatres of operation, showcasing interoperability with other components of a naval task force.”

Prominent features of the submarine are as follows: