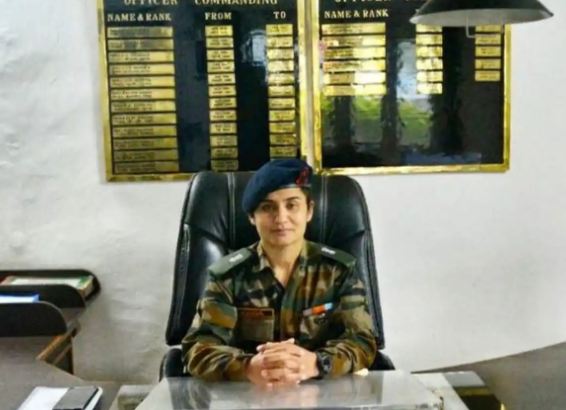 Major Aaina Rana has become the first Indian Army Woman Officer to lead Border Road Organization (BRO) unit. She is the first woman officer to assume the command of a Road Construction Company. She will be responsible for Indo-China border road connectivity in the crucial Himalayan region.

Hailing from the Pathankot, Punjab, Major Aaina joined Border Road Organisation (BRO) after serving in the Indian Army for 9 years.

The Border Roads Organisation is a road construction executive force in India that provides support to and is a part of the Indian Armed Forces. BRO develops and maintains road networks in India’s border areas and friendly neighboring countries.

A male-dominated establishment, Indian Army introduced women in the service in 1988 when the ‘Indian Military Nursing Service’ was formed during British Raj but it was only in 1992 that women were inducted in non-medical roles. In a landmark move, India also begun new comabt air force roles for women as fighter pilots.