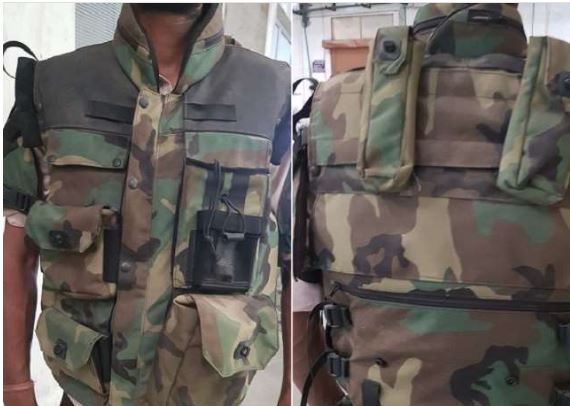 Soldiers will now be able to sour the teeth of enemies by wearing light bulletproof jackets. Boron carbide bulletproof vest made by mixing silicon will be more protective and weigh only 8.7 kg. The company chief claims that this jacket, the lightest ever in the country, will be capable of withstanding more firepower. Till now, the weight of such a jacket made of boron carbide (organic compound) was 10 and a half kg.

This jacket, prepared after a year of research, is up to the standards of the National Institute of Justice (NIJ), an organization of the United States (US). Even an AK-56 shot from two to three meters will not be able to penetrate it nor will there be bullet marks. It is undergoing trials for the Indian Army.

After meeting the test, the army will soon be able to use this state-of-the-art bulletproof jacket. The special thing is that the threat of this jacket has reached abroad. Many countries have ordered jackets for the army and police.

Mayank Srivastava, Managing Director, NCFD Company, Panki says that the reason for this jacket made using silicon boron carbide is light because it is lighter and many times stronger than steel. Silicon is a crystal and also very hard. It is mixed with boron carbide and melted at a temperature of 2730 °C to form armor plates. Weight has been reduced by mixing silicon and boron carbide. Till now the material of bulletproof was heavy. Now with this jacket being lighter, the capacity has also increased. This will increase the security of the soldiers.