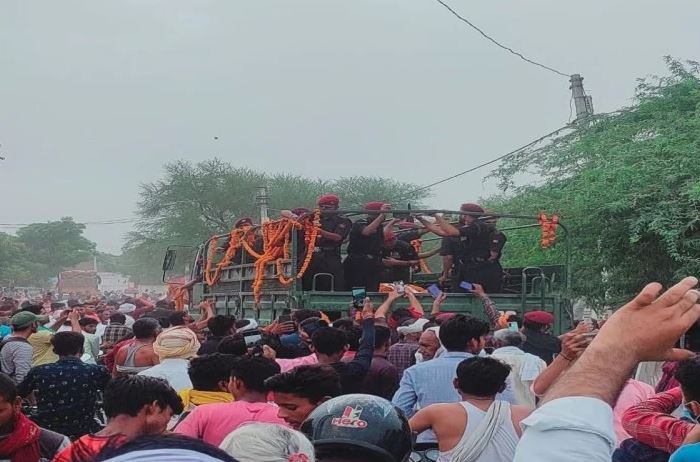 According to family members, Jaipal Singh (42), who was posted as Naib Subedar in the 25th Rajputana Rifles of the Army, lost his life on Monday while on duty in Sikkim.

When the body reached home on Wednesday, people paid tribute to the son by showering flowers in Nagla Teja and Birai villages on the way. On reaching the house of the body, the village resonated with ‘Till the sun and the moon remain, Jaipal Singh will be your name’.

Apart from MP Rajkumar Chahar, MLA Mahesh Goyal, RLD’s District President Malti Chaudhary, Netrapal Singh etc. consoled the victim’s family. After this, his last rites were performed on the land of the Gram Sabha. Which will be developed as a martyr site. SDM Sangeeta Raghav, Inspector in-charge Prashant Tyagi were present on the occasion.