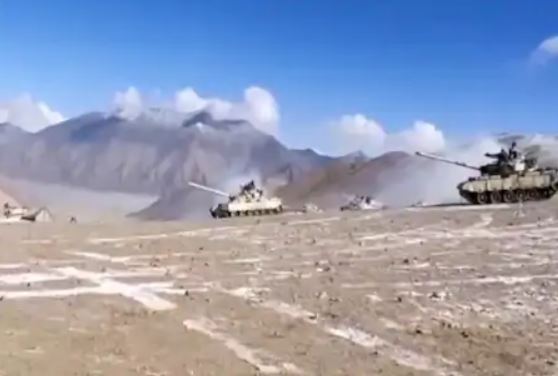 Ladakh LAC Stand-OffAfter the negotiations between the two countries, China is now retreating very fast. Under the agreement, the forces of China and India have retreated from the northern and southern banks of Pangong Lake from Wednesday morning. Both forces want to move forward to maintain peace and peace in the area. In such a situation, according to media reports, Chinese forces have withdrawn more than 200 tanks from the area within just two days.

On the other hand, Defense Minister Rajnath Singh had informed in the Parliament on Thursday that there has been an agreement with China to withdraw the forces on the northern and southern sides of Pangong Lake and India has not lost anything in this conversation. He had said that according to the agreement reached with China in the Pangong Lake area for the withdrawal of forces, both sides will remove the advance deployment in a phased, coordinated and verified manner.

This success has been achieved after the deadlock continued for nine months on the border. In the statement given in the Lok Sabha and Rajya Sabha, the Defense Minister said that there are still some pending issues regarding deployment and patrol along the Line of Actual Control in East Ladakh, which will be kept in further talks.

Meanwhile, a video shared by the Indian Army can be seen towing three tanks of the People’s Liberation Army (PLA) of China from the southern shore of Pangong Lake and a tank being repelled by Indian soldiers. Apart from this, there is also brief footage of the meeting between the soldiers of both sides. Sources said that the process of removing the tanks and other armoured military equipment from particular collision areas is nearing completion, while the task of repelling the troops from the northern shore of the lake is being done.

Significantly, for the last nine months, there has been a deadlock between the two countries on the border in eastern Ladakh. To end this impasse, since September 2020, both sides have held several talks at the military and diplomatic level.