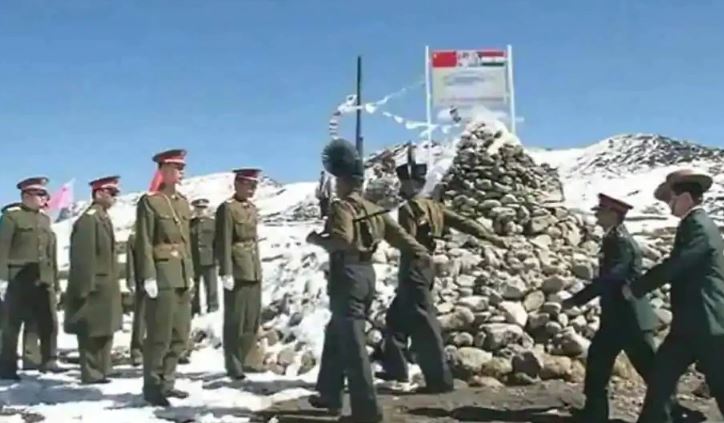 In the ninth round, detailed talks were held between India and China forces in the ninth round to remove troops from deadlocked locations in eastern Ladakh. On Sunday, the Corps Commander level talks in both countries started at around 10.30 AM and ended at around 2.30 AM on Monday. The meeting took place in the Moldo border area on the Line of Actual Control in eastern Ladakh.

According to sources, India emphasized that it is up to China to carry forward the process of repelling troops from deadlocked locations in the region and reduce tension. India has been consistently saying that the process of reducing stress should begin simultaneously in all the places where the conflict takes place and our selective approach is not acceptable.

Hours after the talks ended, it was revealed that there was a clash between Indian and Chinese soldiers on January 20 in Naku-La, a place in East Sikkim. The Indian Army on Monday called the incident a ‘minor skirmish’. The Indian Army said in a statement that this tension was resolved by the local commanders under the prescribed protocol.

Nearly one lakh soldiers of India and China are stationed in eastern Ladakh. The two sides are preparing to stay in the area for a long time. Meanwhile, negotiations are on for an amicable solution at the diplomatic and military levels as well. Around 50,000 Indian soldiers are stationed in various hilly areas in eastern Ladakh. According to officials, China has also deployed an equal number of troops. About two weeks before the talks on Sunday, India handed over a Chinese soldier to China. This Chinese soldier was caught in the south coast area of ​​Pangong So in eastern Ladakh. It has been learned that a positive atmosphere has been created by this move of India.

The Indian delegation was led by Lieutenant General PGK Menon, the 14th Corps commander at Leh, while the Chinese side was led by Major General Liu Lin, commander of the South Xinjiang Military District. In the military talks, India is demanding to restore the situation in all the areas of East Ladakh before April. The confrontation between the two armies began on May 5 last year. The eighth round of talks between the two sides was held on November 6, during which both the armies had extensive discussions on the withdrawal of troops from certain points of stalemate.

The seventh round of Corps Commander level talks took place on 12 October, in which China insisted on removing Indian troops from extremely high places of strategic importance around the southern bank of Pangong Lake. But India had said that the process of withdrawal of troops from all the places of confrontation should start at the same time. Last month, India and China held another round of diplomatic talks under the ‘Executive Mechanism for Consultation and Coordination’ (WMCC) framework on the Indo-China border matters, but the talks did not yield any concrete results.

After the sixth round of military talks, the two sides announced several decisions, including not sending more troops on the front fronts, unilaterally trying to change the ground situation and abstaining from any activity that would complicate matters further. Foreign Minister S. During the meeting between Jaishankar and his Chinese counterpart Wang Yi in Moscow on the sidelines of the Confederation Cooperation Organization (SCO) conference on September 10 last year, to discuss ways to implement the five-point consensus Talks have taken place. The pacts include swift withdrawal of troops, avoiding escalating tensions, following all agreements and protocols of border management and maintaining peace along the Line of Actual Control.