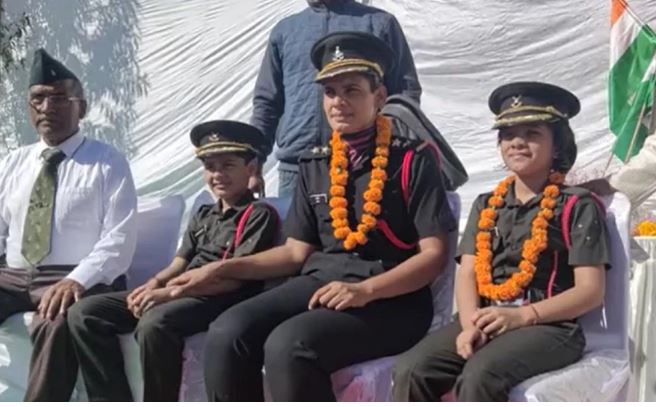 Late Major Deepak Nainwal of Uttarakhand was martyred in a terrorist encounter in Kulgam, Jammu and Kashmir on 10 April 2018. At the same time, now Deepak Nainwal’s wife Jyoti Nainwal has become a lieutenant in the Indian Army, making her husband’s dream come true. Jyoti, who became an officer during the passing out parade in Chennai, returned to Dehradun today, along with her daughter Lavanya and son Reyansh were also present.

It is worth noting that Major Deepak Nainwal was martyred three years ago while taking on terrorists. After the martyrdom of her husband, Jyoti Nainwal did not break down and decided to join the Indian Army showing courage. Today her dream has come true. Became an officer in the Indian Army. Lieutenant Jyoti has thanked her family members as well as the Mahar Regiment for her achievement.

During this Jyoti said that I never thought that I would be able to do a job. There was a housewife. But, when my husband was in the hospital, I understood how beautifully the army takes care of its soldiers. After that, I decided to join the army and our regiment also helped in this. We should live in such a way that our children do not need to take inspiration from anyone other than us.

Lieutenant Jyoti Nainwal has two children. Has a son and a daughter. On Saturday, she passed out from Officers Training Academy in Chennai and joined the Army. During this, both the children had come to encourage the mother. The children were also very happy to see the mother in the army uniform.

Let us tell you that three generations of Deepak Nainwal’s family are associated with the service of the country. Deepak’s father Chakradhar Nainwal is retired from the army. He has participated in the Indo-Pak war of 1971, Kargil war and many other operations. His father and Deepak’s grandfather Sureshanand Nainwal were also freedom fighters. 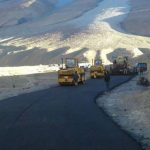 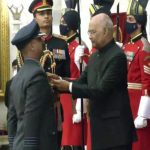