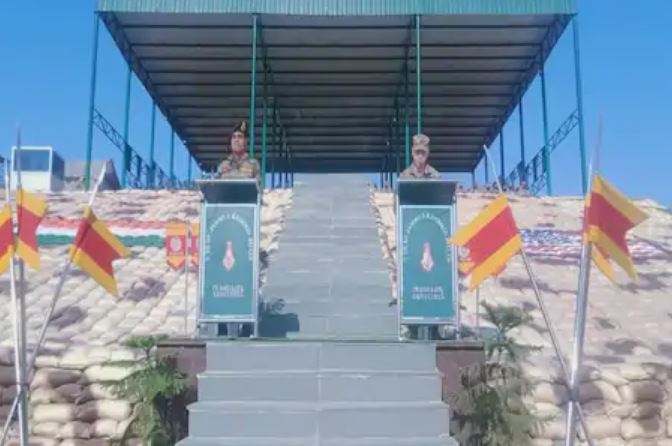 Joint exercise of India and US Army will begin from today in the Mahajan Field Firing Range of Bikaner District, located near the India-Pakistan International Border. Its opening ceremony was held this morning for this exercise. Joint manoeuvres will run from 8 to 21 February. During this time, the armies of both countries will jointly test their war skills.

In this exercise 250 soldiers of American striker brigade are joining. At the same time, 24 Infantry Division soldiers of India will show their war skills. Major officers of both the armies participated in the opening ceremony held on Monday morning. After that, the two armies shared information about the war skills.

During the Open Ceremony, the officers of the army of the two countries started this joint exercise by blowing a balloon in the sky. During this, both the armies marched past and showed their strength. After this, the Indian and American Army also got group photos taken. Now the exercise will begin. A strategy to fight terrorism will be made by talking to each other on behalf of the soldiers of both the armies.

In addition to the Mahajan Field Firing Range of Bikaner, the military exercises continue in the Jaisalmer district on the India-Pakistan International Border. Both Jaisalmer and Bikaner districts are very important from a military point of view. More than Bikaner, the Indian Army continues to conduct joint exercises with the armies of other countries in Jaisalmer with its own maneuvers.