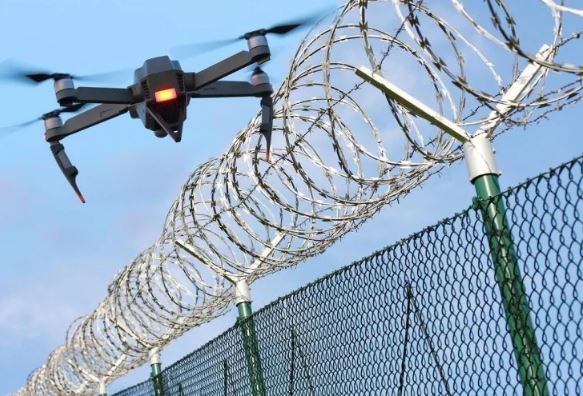 BSF Director General Rakesh Asthana on Friday said the recent incident of drone bombing at an Air Force base in Jammu is very serious and very dangerous and there is an urgent need to develop technology to meet this challenge.

Border Security Force (BSF) chief Asthana said the force guards India’s nearly 6,300-km-long land border with Pakistan in the west and Bangladesh in the east and faces four challenges on the security front.

Asthana said that these circumstances directly affect the effectiveness of the BSF’s operations and advances along the border. He said that there is an urgent need to develop anti-drone technology to deal with the menace of drones as these drones are being used for drug smuggling and attacks on vital installations.

The Director General of BSF said this while inaugurating the Hackathon organized by Startups and reputed institutions to explore cost-effective and innovative technology solutions for the forces. It is organized by BSF Hitech Undertaking for Maximizing Innovation (BHUMI) in association with Ministry of Electronics and Information Technology.

Asthana said that recently you all must have seen the attack on TV channels, for the first time in history, an Indian Air Force base in Jammu was attacked by drones.

Drones are not only used by the enemy country and criminal elements to bring arms, ammunition and narcotics but now they have used them to drop bombs which is very serious and dangerous.

Significantly, on June 27, two drones had dropped bombs on an Air Force base in Jammu, injuring two airmen and damaging the roof of a building. In June last year, BSF also shot down a Hexacopter drone carrying weapons in Jammu.

The Director General said that the drones have not only posed a challenge on the western border but they are also being used by the Naxalites in the LWE affected areas. He said that these areas also need attention from the point of view of security operation.

Asthana said anti-drone technology is an important area of ​​work for the force. About 2.65 lakh jawans are employed in BSF. He acknowledged that a way to locate the tunnels has not been discovered yet.

He said that a major challenge before the BSF is to find out the underground tunnels built to cross the western border which it is facing now and it can have serious implications on our national security. These tunnels are not only used to send infiltrators from across the border but also for drug smuggling.

He said that these are difficult times and there is a need to make a resultant effort with innovative technical solutions to detect these tunnels.