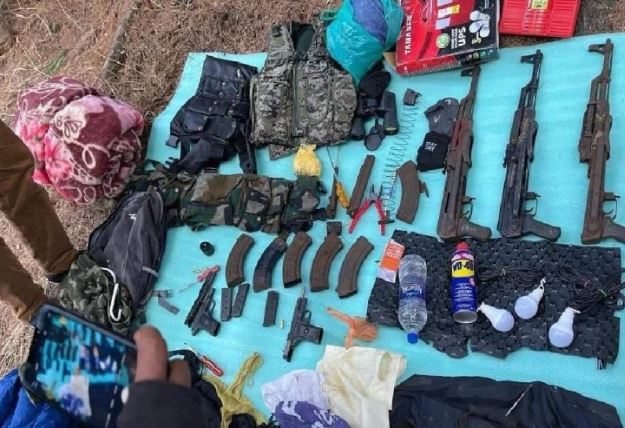 Police and army have busted a terrorist hideout in Anantnag forest after the arrest of the conspirator of the Krishna Dhaba attack in Srinagar. In this joint operation, the security forces have recovered three AK-56 rifles, two Chinese pistols, two Chinese grenades, a telescope, six AK magazines and other items.

On the basis of intelligence information, a joint team of security forces started a search operation in the forest of Anantnag. Meanwhile, the hideout of the terrorists was recovered, which has been destroyed. Police has registered a case in this matter.

Earlier, security forces conducted a joint search operation on Saturday on the presence of militants in Birwah area of ​​Budgam district of central Kashmir. During this time, the siege of Mirpora village was blocked and the way of coming and going was searched, but the terrorists could not find any clue. The operation was then postponed. Special Operation Group (SOG) and CRPF personnel participated in the campaign. The rumor of the village was rumored.

On late night, a search operation was carried out by security forces based on an information in Beerwah area. During this time, a soldier of Jammu and Kashmir Police was killed in the firing between the militants and security forces. While both the terrorists escaped. At present, the police is looking for terrorists in many surrounding areas.