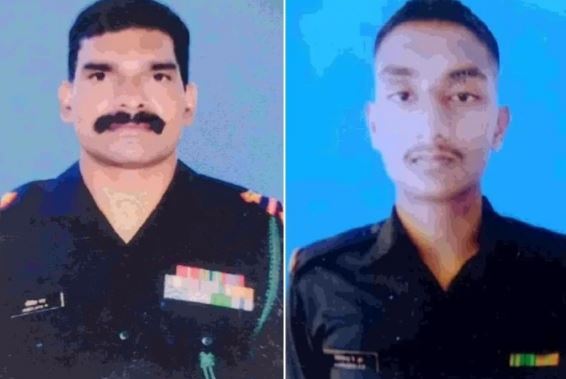 The army, which has been searching for suspects for the last nine days in Sunderbani sector, finally found the terrorists and killed two terrorists on Thursday morning. Both are Pakistani terrorists, from whose possession a huge quantity of ammunition including two AK 47 rifles have been recovered.

During the encounter in a difficult geographical area, a terrorist opened indiscriminate fire, due to which two soldiers including a Naib Subedar of the army were martyred. A young man has been seriously injured. On the suspicion of being some more terrorists, a search operation is being conducted in the area by the army.

Suspects were seen on June 29 in Dadal village of Sunderbani sector on the Line of Control, in search of whom the entire area was being searched continuously. These suspects were Pakistani terrorists who were hiding in a cave located in the forests of Dadal. The army continued the search operation in the area. On Thursday morning, around ten o’clock, when this group of terrorists saw the army team coming near them, they started firing by throwing grenades, after which the army also engaged the terrorists in the encounter by retaliate.

During the encounter, in the afternoon, a terrorist came out of the cave and opened fire indiscriminately. This led to the martyrdom of Naib Subedar Srijit and Sepoy Jaswant Reddy of the 17 Madras Regiment of the Army.

A jawan was seriously injured in the firing, he was airlifted to the Northern Command Hospital, Udhampur for treatment. In retaliation, the army killed two terrorists. Both the terrorists are Pakistanis who are being identified. The mortal remains of the martyrs were transported to the Sunderbani Brigade Headquarters late in the evening.