Jammu and Kashmir: Army set up medical camp for Gurjars and Bakarwals in Rajouri | Best Defence Coaching Skip to the content 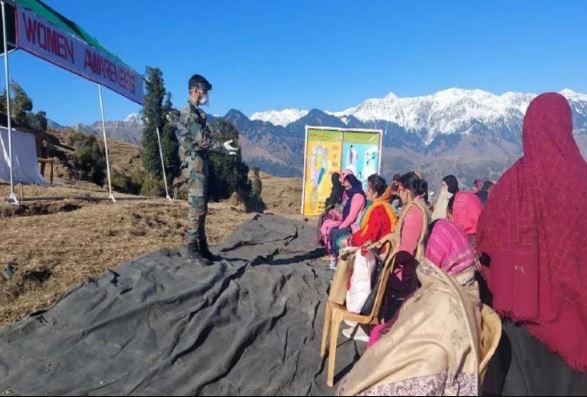 The Indian Army organized a medical camp on Thursday at Lunidarman in Jammu and Kashmir’s Rajouri district. This medical camp was set up mainly for the migrant population of Gurjars and Bakarwals, who have returned from the highlands of Pir Panjal.

Police is going to give a golden opportunity to the youth preparing for the civil services in Kathua district. As part of the Civic Action Program, Kathua Police is preparing to set up a Civil Services Institute in the name of the Police Public Library at the daycare centre of the city.

The institute, which is going to be prepared at a cost of ten lakhs, will also have the facility of preparing materials, computers etc. from the classroom to the library. The special thing is that according to the plan, IAS, IPS, KAS and KPS officers will also give lectures to the youth at the weekly level to prepare for the exam.

This group, air-conditioned round the clock, will also be mobilized to youth interested in civil services from group discussion. SSP Kathua Dr Shailendra Mishra informed that there is no shortage of talent in Kathua district. The youth have opportunities but not facilities to prepare for civil services.

He said that in such a situation, the Kathua Police is going to open a Police Public Library under the Civic Action Program to inspire and teach the youth for the preparation of civil services. This will focus the energy of the youth. Unused rooms in the day care centre are being developed as a library by spending one million rupees. This is a golden opportunity for the youth of the district where they can carve themselves.