It has been confirmed by the United Nations nuclear watchdog that Iran has started construction of an underground assembly plant. The head of the agency told The Associated Press that inspectors at the United Nations Department of Atomic Surveillance have confirmed that Iran has begun construction of an underground centrifuge assembly plant after the explosion in Tehran as the former exploded. Was over. For this, Tehran said that it was over in an attack in the summer.

Iran has started stocking large amounts of less enriched uranium but this quantity is not sufficient for the manufacture of weapons. IAEA Director General Rafael Grossi said that at the moment it seemed that Iran does not have enough uranium to make nuclear weapons. Iran said after the July explosion at the Natanz nuclear site that it would build a new and more secure structure in the mountains surrounding the area, but satellite images of Natanz at the site in Iran’s central Isfahan province Show no signs of erection.

Grossi said that the process for making nuclear weapons had already been initiated and it would take time to find concrete evidence in this regard. He declined to give any further details about it. Iran’s mission to the United Nations did not respond. Ali Akbar Salehi, the head of Iran’s atomic department, said during an interview on local television last month that a second plant would be built between the hills close to Natanz after the land-based plant ended. Explain that the major uranium-rich plant in the country is in Natanz. 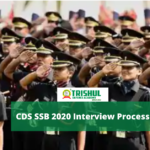 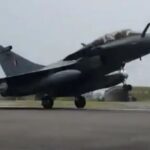