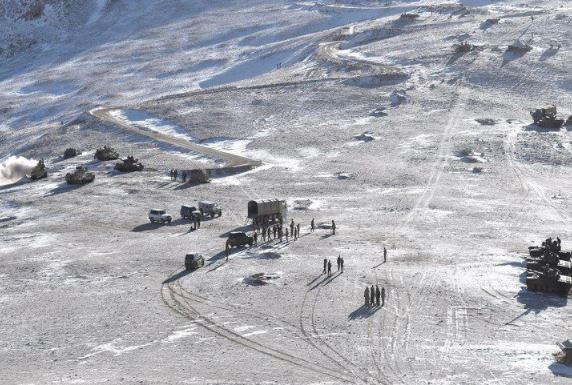 After the 12th round of talks between the army of India and China, China’s attitude has loosened and now both the countries have agreed to withdraw their troops from patrolling point 17A in eastern Ladakh. The disputed site 17A between the two countries is known as Gogra. In fact, this change in China’s stand came after the meeting of the foreign ministers of India and China on July 14 in Dushanbe.

The last time in February, both the countries withdrew their armies from near Pangong Lake. A joint statement was issued on 2 August following military talks between the two countries on 31 July at Chushul-Moldo near the Line of Actual Control. According to the joint statement, the work of removing the army from Gogra will be started soon.

It said that the two sides would continue talks to find a solution to the disputed sites Patrolling Point-15 Hot Spring and Depsang. Both sides also agreed to continue their effective efforts for peace and stability along the Line of Actual Control (LAC).

The Indian and Chinese armies have been facing each other at various places on the Line of Actual Control since the violent conflict in an attempt by the Chinese army to infiltrate the Indian border a quarter of a year ago. There is a dispute regarding Patrolling Point 17A Gogra and PP-15 Hot Spring.

India’s demand is that the Chinese army should withdraw completely from here, but China is adamant. Last year it was decided that the army would be withdrawn, but before that there was a violent clash between the two armies in the Galwan Valley.

China believes that this area near Galwan marks the border between the two countries, but India says that the international border is in the east and includes the entire Aksai Chin.

A Chinese website released a video of the violent clashes in the Galwan Valley in June last year, hours after a joint statement was issued on August 2 after India-China military talks.