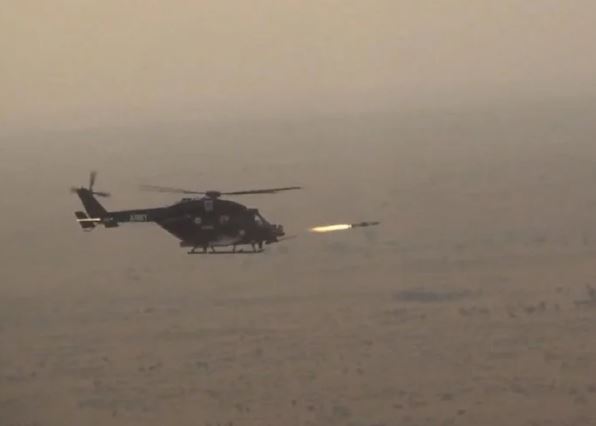 In view of the border dispute with China and the ongoing dispute with Pakistan in East Ladakh last year, the Indian Army is constantly working to improve its capabilities. The trial of Helina, an anti-tank guided missile equipped with many merits, was successful and now it is ready to join the army.

It is a fully indigenous missile, equipped with features such as infrared Sikar and ‘stain and forget’. This missile was tested in the Pokhran range of Rajasthan. According to sources, its trial lasted five days. During this time the missile successfully hit its target five out of five times.

The missile was last tested on Friday morning. The missile is now ready to be deployed on ALH Rudra and Light Combat helicopters. Explain that this indigenous missile is being compared with China’s Wire Guided HJ-8 and Pakistan’s BARQ (BARQ) Laser Guided Missile.

Its firepower is seven kilometers. Helina is seen as a response to the anti-armor missile launched by the helicopter. Helina can easily destroy enemy tanks coming into her range through ‘Fire and Forget’ mode (stain and forget). It has been developed by DRDO.