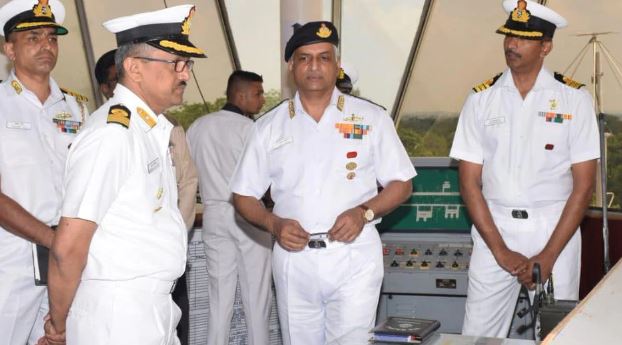 India has expressed concern over the increasing activities of the Chinese Navy in Sri Lanka. A top Indian Navy official on receiving new port projects from the Colombo government to China said, “There may be a ‘threat’ to Indian interests in the area concerned and there is a need to keep a close watch on such activities.” . Indian Navy Vice Admiral G Ashok Kumar said that every activity in the Indian Ocean region is being closely monitored.

In an interview given to news agency ANI, a senior officer of the Indian Navy openly answered many questions. Responding to a question whether China’s increasing interference in the new port of Sri Lanka can pose a threat to India, he said, “If any outsider shows interest here then it can be worrying.” We are keeping a close watch on this subject including the entire maritime area.

Central Govt Approves Ordinance Factory Board To Split Into 7 Companies

It is worth noting that some time ago, China had taken control of its Hambantota port due to non-payment of Sri Lanka’s debt. In such a situation, in response to the question whether China can challenge India from the maritime domain this time, he said, ‘After the 26/11 attack on Mumbai, India had taken several steps like setting up a coastal security network, while increasing its surveillance capabilities. was extended. In such a situation, the possibility of this thing is very less because we are in a much better position today than in the past decade.

The senior naval officer also said that the Indian Navy is a capability driven force and its strength will be increased further in the near future.