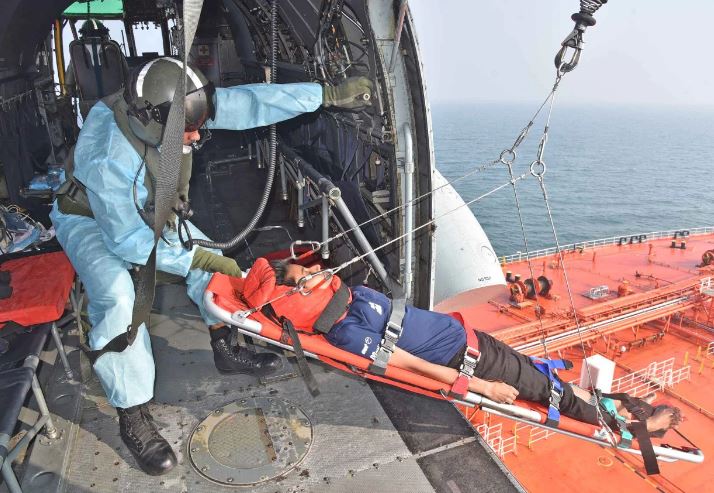 Indian Navy has saved the life of a sick woman aboard the ship. According to the information received, a women’s trip to Malaysia was present from a merchant ship in Singapore.

During this, the woman fainted on the ship due to ill health. It was told that due to the high waves of the sea, she tried to transfer the boat twice to send the woman to the hospital.

When the Indian Navy received the news of medical emergency on the ship at 6 am on Thursday morning, the Indian Navy sent a helicopter from INS Shikra for rescue operations.

Singapore’s merchant ship was about 18 nautical miles (33 km) off the Mumbai coast. It was informed that the chopper had evacuated the patient from the merchant ship and reached INS Shikra first and then taken to the hospital from there.