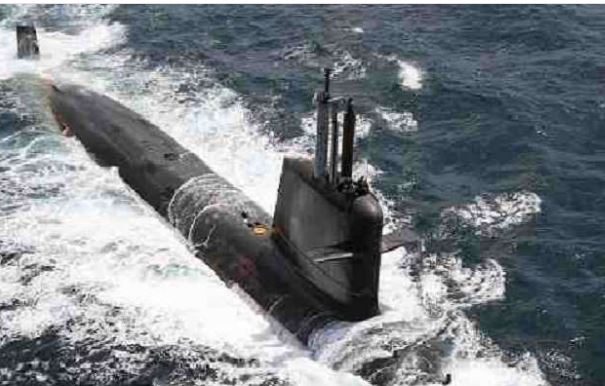 Indian Navy has got the third Scorpene class submarine. It was inducted into the Navy on Monday in Mumbai under the name of INS Karanj.

On this occasion Mazagon Dock Shipyard Limited (MDL) Chairman and Managing Director, Vice Admiral (R) Narayan Prasad and Chief Staff Officer (Tech.) Of Western Naval Command, Rear Admiral B.R. Shivkumar was present. Both of them signed the document for induction of INS Karanja in the Navy.

With the delivery of INS Karanj, India’s position as a Scorpene-class submarine manufacturer has further strengthened. Earlier, the Indian Navy had got two Scorpene submarines, Khanderi and Kalvari. Karanja has been fully modeled under the Make in India project at MDL. The power of the Indian Navy has increased further with the introduction of this submarine equipped with both diesel and electric power.