Indian Coast Guard to have 200 vessels, 100 aircraft by 2025 | Best Defence Coaching Skip to the content 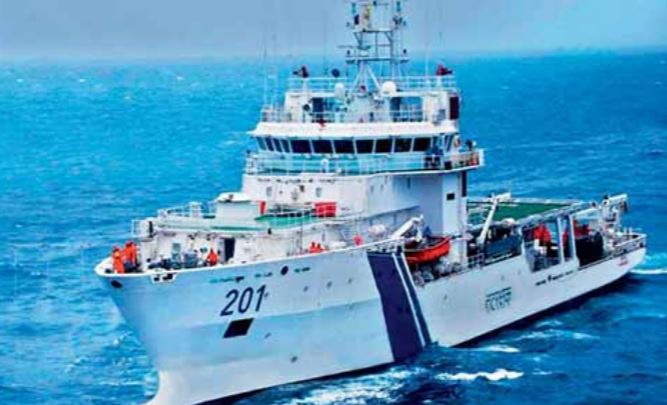 In 1977, Indian Coast Guard (ICG) with a meager force and two ships has now developed into a major coastal security force with 156 ships and 62 aircraft. The force became the fourth largest country in the world after the people of America, Britain and South Korea. It is proposed to have 200 ships and 100 aircraft by 2025.

Briefing media on the eve of its 45th Foundation Day, Additional Director General VS. Pathania, Coast Guard Commander of the Eastern Board, said that the ICG has played an important role in securing Indian shores within India’s maritime zones and enforcing regulations. True to its motto “Satya Raksham”, which means “We Protect”, the service has so far saved more than 10,000 lives and arrested 13,300 miscreants since its inception in 1977. On average, the Coast Guard saves Pathania, one every other day at sea. Underlined

The Coast Guard kept a strict vigil in the Indian Special Economic Zone (EEZ) by deploying around 50 ships and 12 aircraft daily, despite restrictions imposed by the Kovid-19 epidemic. Separate patrols on both sea and air cost Rs. Has been able to seize the limits of. 1,500 crore, including 24 kilograms of gold and narcotics on the East Coast, besides seizing more than 10 foreign fishing boats and arresting 80 persons working in the Indian EEZ during 2020.

ICG is also collaborating with littoral countries to combat transitional maritime crimes and enhance maritime safety in its area of responsibility and in the region.

At the ground level, ICG is conducting periodical awareness among local fishermen on use of modern gadgets which would alert them in times of disaster, Pathania added.