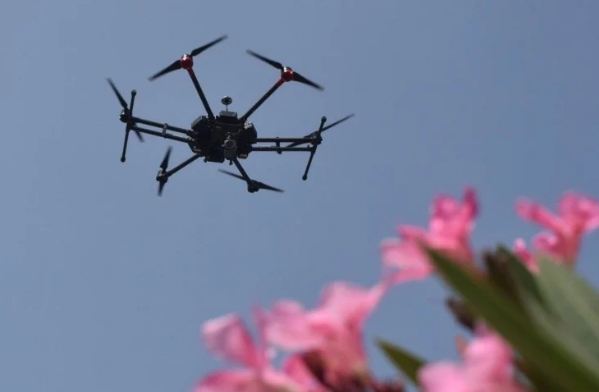 Indian Army has taken a big decision in the wake of drone attacks. Now if any drone or quadcopter is shown above the military unit, then the army will shoot it down. Instructions have been issued in this regard. An army unit located at Kulian in RS Pura has also put up warning posters on the walls. Please tell that the distance of the border from the Kulian unit is only 8 to 10 kilometers.

The warning states that flying drones over the territory of the military unit is prohibited. If a drone is seen flying, it will be shot down. Earlier also warnings had been issued. Sources say that the army has made special deployments in the units to shoot down drones at their level. In each unit, 17 to 19 jawans have been specially asked to keep an eye on sky movements. An army spokesman says that he has no information about this, but this is a new effort. The unit may have taken a decision at its level.

Drone attack on Air Force Station Jammu has become a major security threat. On one hand, where anti-drone system has been deployed inside the station, on the other hand the army has also installed a special system on the LoC. In the last two years, 40 times Pakistan has thrown arms, ammunition and drugs from drones and once attacked with drones. It has become a big challenge.

Sources say that Pakistan is not only throwing arms, drugs and ammunition across the border with drones, but is also conducting recce with the help of modern technology cameras in the drones. With the help of these drones, many types of information are being collected about the border areas of Jammu and Kashmir. After Reiki, weapons and drugs are being thrown by selecting some locations. This has become a matter of concern.