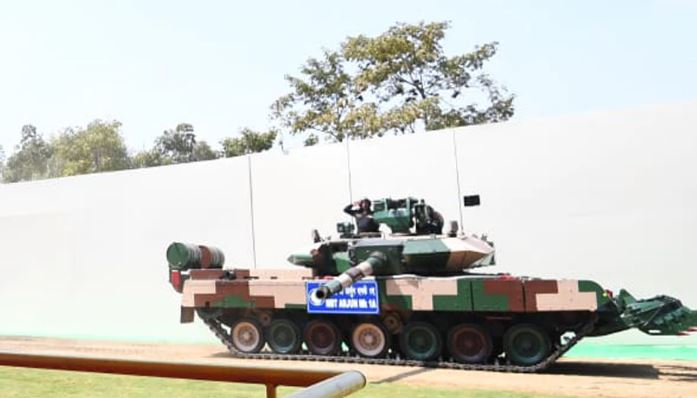 Modi government has taken another major decision to strengthen the Indian Army. The Ministry of Defense has released Rs 8,300 crore for the purchase of modern Arjun tank Mark-1A. These tanks will be handed over to the Indian Army in a sequential manner within the next 30 months. By the way, the Ministry of Defense has sanctioned Rs 13,700 for a total of three deals, which will be spent in three deals. The biggest deal in this is the purchase of Arjun tank.

Arjun Tank Mark-1A is a very modern and accurate hitting tank. Earlier, PM Modi had dedicated the Arjun tank to the country. A few days later, the Ministry of Defense released the money for the purchase of Arjun tanks. This state-of-the-art tank manufactured by the Defense Research and Development Organization (DRDO) of the Combat Vehicles Research and Development Establishment in Chennai has been designed, developed and manufactured in the country. The Heavy Vehicle Factory (HVF) located at Avadi has been ordered to manufacture Rs 8,500 crore for the manufacture of these 118 tanks. 124 Arjun tanks are already in the Indian Army, but the new 118 tanks will be updated.

The DRDO has made 71 types of changes in the Arjun MK-1A, after which the Arjun tank can now move in any season, anywhere and can stack the enemy from the back. Arjuna can accurately distinguish targets in any region during day and night.

The Defense Acquisition Council (DAC) of the Ministry of Defense has released Rs 13,700 crore for the purchase of defense equipment. This money is for all three armies. But the biggest part of this is the purchase of Arjun tanks. These tanks will be ordered sequentially within 30 months of placing the order.