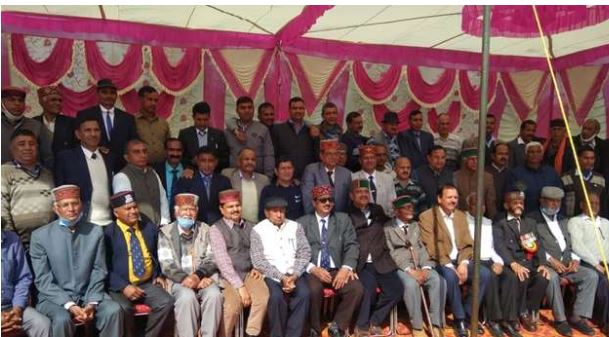 The 111th Raging Day of the Indian Army’s Signal Corps was held at Ghatedia Resorts in Gagal near Dheera. It was presided over by retired Captain Pratap Singh Chauhan, while former president of Kangra Central Cooperative Bank Jagdish Siphiya was present as the chief guest on the occasion.

Speaking about the Signal Corps, the major organ of the Indian Army, Jagdish Siphiya said that on 15 February in the year 1911, the Signal Corps was established in the Indian Army. Under this, this program was organized today to commemorate Raging Day. In this program, more than 100 officers, non-commissioned, junior commissioned officers, retired from various signal corps of the area related to the signal corps, made their presence known.